Song Premiere: “One More Drink” by The Streetwalkin’ Cheetahs 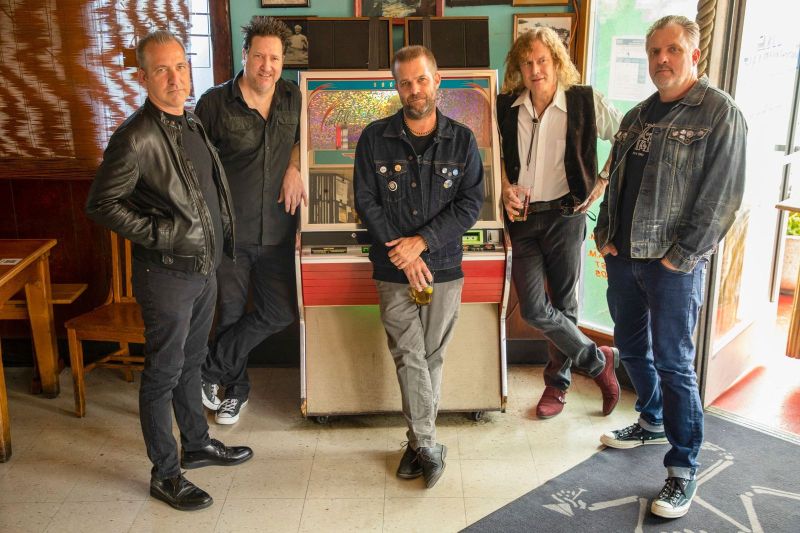 The Los Angeles-located band kicked it all off back in 1995 rockin’ out with their own take on New York/London ‘70s/’80s raw and gritty garage rock, taking their name from the opening line of classic “Search & Destroy” by Iggy and the Stooges.

They’ve been pounding the pavement and shaking the paint off the walls of clubs and bars ever since with their high-energy shows, and touring with an endless list of kindred spirits that includes ex-MC5 guitarist Wayne Kramer, New York Dolls’ Sylvain Sylvain, Supersuckers, New Bomb Turks, The Dickies, Fear, and DOA.

Debut album Heart Full of Napalm arrived via Bomp!/Alive in 1996, and a year later they ramped it up with LP Overdrive. Fan raved-about studio album Waiting for the Death of My Generation materialized in 2001, Overdrive was reissued with bonus tracks as Maximum Overdrive, and two rarities compilations dropped, with the live record Resurrection rising in 2006.

It’s been twenty years since any new original material from Streetwalkin’ Cheetahs has seen the light of day (Well, besides a 7” vinyl single from 2014 that was promoted by a tour with Cheetah Chrome of Dead Boys).

Streetwalkin’ Cheetahs have been touring relentlessly in recent years, but the pandemic put an abrupt stop to that. So instead they’ve been busy making videos and unleashing rip-roaring singles ahead of their upcoming LP release.

Rebel Noise is super-stoked to host the premiere of “One More Drink,” the latest, and title, track from the album.

“One More Drink” is a tuneful and dynamic number that features guest vocals from John Easedale, lead singer and songwriter of New Jersey-based alt-rock band Dramarama.

While the song’s themes may be serious (about the perils of alcohol abuse and other life-challenges), the sonics radiate good vibes, with Meyer and Easedale robustly harmonizing on the rousing chorus sections, lifting up the spirits for a perfectly timed treat during this St. Patrick’s Day week.

Meyer reveals some details about the song’s meaning, commenting, ““One More Drink” was written during a time when I was reacting to my mother drinking too much by… drinking too much myself. Things felt like they were falling apart; my job, my relationship, my life. So I rattled this tune out one night after listening to a lot of Dramarama. We’re all huge Dramarama fans, have opened for them on tour, and are friends with singer John Eadsale. Since the song was a bit of a nod to their hit “Last Cigarette,” I thought it would be cool to have John himself sing the harmony along with me, thereby making it a bit of a tribute. John was nice enough to do it right at the beginning of the COVID restrictions, so he recorded his parts from home and sent them over, and we mixed them when we mixed the rest of the album. It came out great and there will be a music video coming soon!”

One More Drink will be available on vinyl and CD here: https://shop.dead-beat-records.com/collections/dead-beat-releases and all digital formats on March 19th.

The album release will be supported by more music videos, a webcast concert that’s in the works, and hopefully live shows as soon as restrictions are lifted.