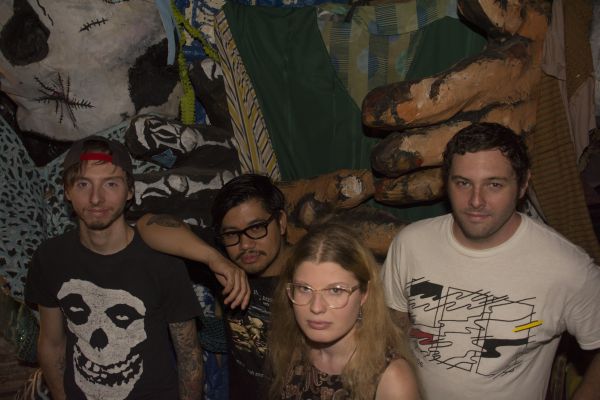 The Virginian alternative rock/punk band reveals its softer side on a reflective, yet still kinetic track off its upcoming EP.

Doll Baby is an alternative punk band from Richmond, Virginia. The band was formed by Julie Storey and brothers Dan and Eric Kelly, with the current addition of Jake Guralnik.

They debuted their first EP, titled Polliwog, in the summer of 2016. Their sound is a blend of '90s-influenced garage rock with the band's punk roots.

Rebel Noise premieres the track "Softee" off the EP.  It shows off the slightly softer side of the hard-rocking band, stepping with a measured pace, subdued, yet still kinetic instrumentation, and reflective, but direct vocals from Storey as she exclaims, and even snarls out the lyrics, "I did whatever I could / with whatever I had."

The band explains the song's origins, ""Softee" is one of the first songs we ever wrote. We recorded it at our home for a demo that we released a couple years ago so it was awesome that we got to record it again at a studio!"

DUST BOWELS AND SISTER-IN-LOGS: WHERE PUNK AND TEACHING COLLIDE