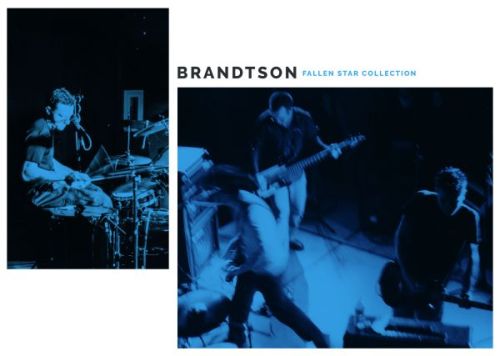 Cleveland, Ohio’s beloved emo/punk band Brandtson rose to great acclaim in the 1990s with raw and urgent music that was melodic and sincere as well. Catchy dual vocal harmonies and complex guitar interplay were hallmarks of their passionate and stark, yet hopeful sound.

For the 20th anniversary of the release of their raved about breakout second album, Fallen Star Collection, Brandtson are reissuing an expanded form of the LP through Steadfast Records. The album originally came out in 1999 on Deep Elm Records.

The Limited Edition Fallen Star Collection arrives October 31st on vinyl and it comes with a bonus CD of 10 previously unreleased demos. The release also includes a 36-page lyric and photo book consisting of live, studio, and tour images from the ‘90s. There will be a Limited Edition cassette as well for the tapeheads.

The vinyl is limited to 500 total copies in the following variants:

Rebel Noise is deeply pleased to host the premiere of the dynamic and longing “Summer in St. Clair”, one of the bonus demo tracks off the reissue. Take a listen below: