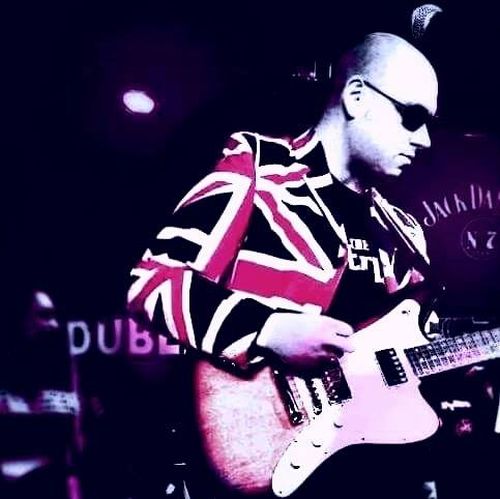 The Swagger is a British indie/alternative rock band that formed in 2011 in Hornsey, North London. The outfit is made up of brothers Lee Stevens (lead vocals, rhythm guitar) and Paul Stevens (lead guitar, backing vocals, as well as Will O’Connell (bass).

They’ve been steadily building up a strong fanbase due to their catchy, yet gritty sound that combines melodic ‘60s-era harmonies and ’90 Brit-pop song structures and instrumentation. They count among their influences such classic luminaries as The Beatles, The Kinks, and The Who, and relatively new bands like Oasis, Ocean Colour Scene, and Stereophonics.

Rebel Noise is excited to present the premiere of The Swagger’s “Want It All”, which follows up recent single “Heart ‘N’ Soul”.

The band has been working with producer Mike Bennett (Ian Brown, The Specials, Doctor & The Medics), with Angus Wallace (Wishbone Ash, Spiritualized, The Fall) as sound engineer. They’ve been recording at Far Heath Studios in Northamptonshire, famed for recordings by The Specials, The Fall, and The Prodigy, among others.

This demo track doesn’t sound lo-fi or unfinished in any way. It’s a reflective to robust song that moves from gentle introspection and spare instrumentation (acoustic guitar, sporadic harmonica touches) to a rich and rhythmic interplay of acoustic guitar strum and electric rock guitar lines, scintillating percussion, and emphatic drum thumps – and the swelling of prominent orchestral strings at the very end.

Lee Stevens sings in a direct, sincere manner, starting out subdued but then emoting with passion, backed vocally by his brother Paul Stevens, on the sweeping, uplifting chorus sections,

The Swagger’s debut eponymous EP from 2016 was produced by Graham Bonnar (Swervedriver, The Brian Jonestown Massacre), engineered by Josh Green (Madness, Robbie Williams, Franz Ferdinand), and mixed and mastered by Pat Collier (The Vibrators). It was recorded at the renowned Konk Studios in North London, founded by The Kinks' Ray and Dave Davies.

The band has supported Creation Records' Hurricane #1, arranged through supporter Alan McGee, as well as Slydigs, in addition to headlining The Cavern Club in Liverpool for the International Pop Festival 2017. Their impressive live show has earned them support from not only McGee, but also John Power (The La’s, Cast).

“Want It All” is out now as a free digital download, available exclusively via Bandcamp at http://theswagger.bandcamp.com/track/want-it-all-demo