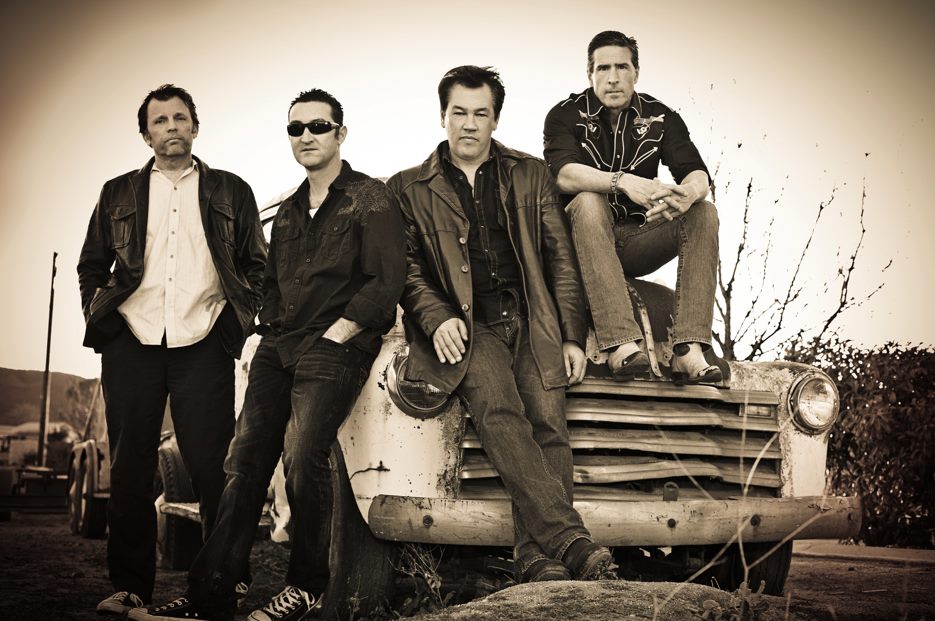 The Forty Nineteens’ newest LP Spin It ups the sonic ante by building upon harmonies explored on their 2012 debut No Expiration Date. The disc was accurately described as a modern take on the 80′s pop, garage rock, roots rock sound. It was listed in several best of 2012 lists, and was heard on commercial, college, and international radio in Spain, UK, Belgium, Sweden, South America, and Japan.

Spin It continues the bond between the band and producer David Newton (The Mighty Lemon Drops). His British Pop sensibilities are a perfect fit for the Forty Nineteens’ garage/pop sound.  Stevie Wonder sideman Kevin McCourt is back with his Hammond/Farfisa punch. Paul du Gre (Peter Gabriel, X, Los Lobos) returns to master their sophomore release on Heyday Records. The band joined up with Kool Kat Musik for international distribution, and provided a track for the upcoming political thriller The Algerian.

John Pozza (vocals,bass), Chuck Gorian (guitar), Chris Whelton (guitar), and Nick Zeigler (drums, vocals) have been opening for such bands as Gin Blossoms, The Fixx, Fleshtones, and Los Straitjackets side project The Outta Sites. Their band philosophy is simple: “Say what you have to say in under three minutes.” Influences include, Psychedelic Furs, the Byrds, Love and Rockets, Dramarama, Plimsouls, Elvis Costello, Tom Petty, The Rolling Stones. The Forty Nineteens continue their Motor City high-energy tradition that has earned them a loyal following that is growing daily. It all combines for one hell of a good time.