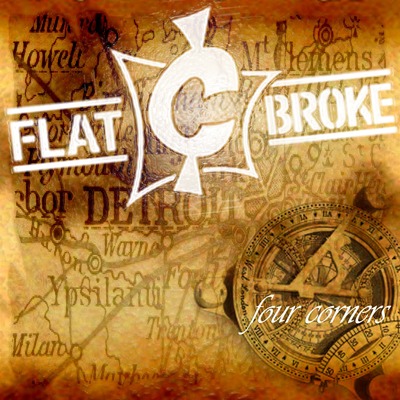 A year in the making, Detroit based band FLAT BROKE announced on Thursday the release of a full album stream of their 2014 LP entitled "Four Corners".

This record is filled with straight forward street punk, with gritty vocals, driving melodies, and sing-a-long anthems that showcase the band's original sound and punk rock attitude that is Flat Broke.

Track's like "Dark Deadly Night" and "Union" touch on Detroit's history and character which is a staple of influence for a majority of motor city musicians, while other lyrically intelectual songs like "Binding of Isaac" and "Conventional Worldview" challenge the integrity of the world's common idea.

Listen for yourself here, and make up your own mind about this band...