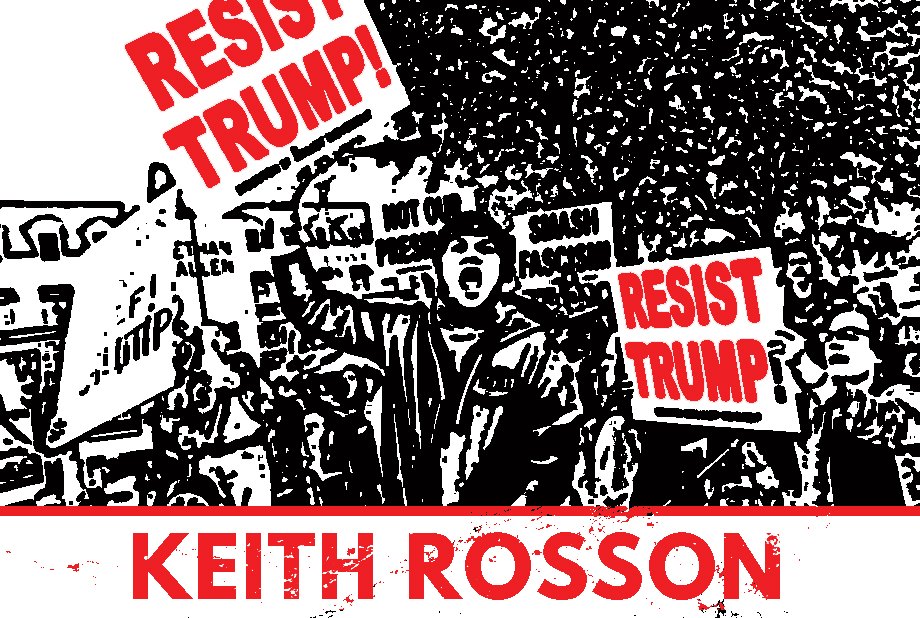 In which Keith Rosson speculates on Mitch McConnell and the fate of the Mueller investigation as he watches as the nation’s options narrow and narrow some more.

Senate Majority Leader Mitch McConnell isn’t your friend. He’s got one job: retaining power, regardless of any fracturing or dismantling of legislative checks and balances, in order to ensure the imposition of his views upon the world. That’s it. In order to retain consolidated power for his Party. Some might even argue it’s a worthy goal, regardless of the toll this administration’s actions bring upon human liberty and the nation’s safeguards. (Those people are assholes, by the way.)

It is of vast importance to remember what Mitch McConnell has done to allow Donald Trump to remain unfettered and unconstrained when it comes to Russia (and all else, really.) McConnell has done everything in his power to allow the man full and unmitigated freedom from repercussions. From his insistence on saying that he would frame any mention of Russian election interference by then-President Obama as a purely partisan issue, to scuttling an independent commission on Russia interference to refusing, as he did recently, to allow a vote on the Senate floor introducing a bill that would protect Special Counsel Robert Mueller’s firing, it’s clear that the Senate Majority Leader’s machinations of shielding a corrupt President are in place. McConnell’s doing everything he can to obfuscate and hinder, and shockingly few Republicans are willing to say anything in rebuttal. Even as Republican Senator Chuck Grassley, in a surprising move as head of the Judiciary Committee, insists that a bipartisan bill to protect Mueller will be moved forward in legislation, McConnell adamantly refuses to allow a vote.

It’s also clear that the legislative machinery of our system is broken to hell when it allows one Senator from Kentucky, obsessed with retaining power, to dictate what bills Congress can and cannot vote on.

But here’s the thing – let’s say that Mueller is allowed to complete his investigation. It seems a long shot at this juncture, but who knows. Anything’s possible, as the last year can attest. Common consensus seems to be that Robert Mueller is a career investigator and very much a stickler for protocol, and Department of Justice protocol states that you generally do not indict a sitting President, regardless of his crimes. This is significant because beyond his tenacity and thoroughness, Mueller is virtually impossible to read. His team telegraphs very little. They don’t leak. Everything is guesswork, but his career seems in keeping with DOJ conventions, so it’s doubtful that an indictment is forthcoming.

So we’re left with a dizzying number of options. One, he finishes up his investigation at some point in the future and simply finds nothing of a criminal or treasonous nature towards Trump or anyone involved with the campaign. (Given how deep Trump and the Trump Org appears to be with money launderers and the Russian mob, and the fact that as of now over 100 charges have been filed against various people via the investigation, I find this one hard to believe.)

Two, Mueller finds Trump or Trump’s team guilty of treason, or conspiring, or campaign finance fraud, or whatever. Something, and not something minimal. Like impeachment-level shit. And Mueller doesn’t indict the President but does publish a report – complete with corroborating testimony and evidence of his findings – and hands it off to Congress. And the House and Senate – under the chance that they are still under Republican control after midterm elections – reads the report and chooses to do nothing. This is of course reliant on a whole lot of “what ifs”, but given the lackadaisical nature of the GOP when it comes to rebuffing instances of Trump’s obvious corruption, this seems more than a little feasible if they’re still in power.

Then there’s the possibility that either the House or Senate is flipped to Democrats in the midterms, and depending on the numbers, the severity of the administration’s crimes, and a ton of other variants, impeachment proceedings could begin, but it’d be a gnarly, drawn-out, unsure process, unlikely to be wrapped up by the ’20 election.

Or a report is submitted and things are sloughed off until Trump loses the race for his second term. A Democrat becomes President and in 2020, and criminal trials begin.

Or – and this is my fervent hope – Democrats take back the Senate and the House and impeachment proceedings being in, say, December of 2018. A dejected Mitch McConnell retires early, his crown fallen, and shit gets real.

Again, there are tons of other possibilities, but these are the ones I keep coming back to. There’s of course even the potential that Trump, through his blend of charisma, white supremacy and an abject willingness to lie about anything, wins another term. That he once more beats all those trying to primary him and, thanks to folks like McConnell, signals through his the inaction and lack of repercussions that Russia should, once again, interfere in our election process, probably to a previously unforeseen degree. After all, the powers that be haven’t only left the gate open for such things, they’ve essentially told Putin the combination to the safe.

So it seems clear that no matter what happens, Mueller will not save us. Muller’s report, no matter how explosive, has the potential to be damning only when viewed by a party willing to act upon it. And that party, again and again, has proven themselves not to be the GOP. The GOP has showed us their intentions when it comes to corruption or racism or nepotism or rogue agencies like ICE moving well beyond the rule of law – there are a few mutterings about “concerns”, a few people will retire, there will be a lot of no comments, and the vast majority of Republican politicians will refuse to even remotely call out a President who has spent his entire term in office dismantling the power structures (media, law enforcement) that dare make note of his corruption.

The GOP’s not doing jack-shit about it beyond that. And why would they? They managed to ram through the most unpopular tax bill in history, to the great benefit of corporations. They’re vilifying brown and black people, illegally jailing and deporting people left and right to the great joy of much of white America. White supremacy has flourished in a way not seen since the Jim Crow era. The prison industrial complex is booming. War remains profitable. Why stop now?

Power is still power, even if it’s ruinous and bloody. Why would they stop a freight train, even if the trestles are made of bones?

New Music From FIDLAR To Celebrate 4-20