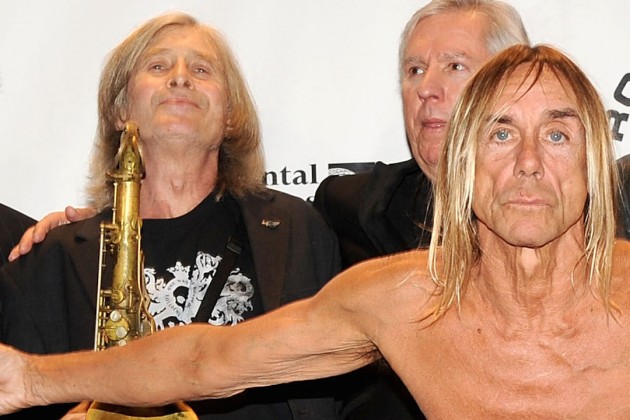 Steve Mackay, best known for his saxophone work with the Stooges, is in critical condition at a California hospital with a life-threatening infection. The 65-year-old musician, who later worked with the Violent Femmes, is battling sepsis, a complication that can lead to multiple organ failure.

Hospital officials at Seton Medical Center in Daly City said that Mackay is surrounded by family members in the intensive care unit, according to KQED.

“Our thoughts and prayers go out to Steve and [his wife] Patti for the best possible outcome,” Stooges guitarist James Williamson said in a written statement. “Steve was always an important part of our band’s live sound, and last year I worked with him again when he played on a couple of songs on my solo album. His expression was always unique. It was all his own.”

Mackay rose to fame for his work on the Stooges’ 1970 album Fun House. He later performed on the Stooges’ comeback albums, 2007′s Ready to Die and 2013′s The Weirdness. The Stooges were inducted into the Rock and Roll Hall of Fame in 2010.

Mackay and Stooges frontman Iggy Pop are the only two surviving members of the Fun House band. Bassist Dave Alexander died in 1975, followed by guitarist Ron Asheton in 2009, and Asheton’s drummer brother Scott in 2014. The 1970 album was later expanded into a gigantic, seven-disc box set in 1999 titled The Complete Fun House Sessions.
Over the years, Mackay also collaborated with Commander Cody and a string of bands in the Bay Area, where he has lived since the mid-’70s.

You can hear Steve's legendary sax in "LA Blues" below: