Here's what's on our Christmas list of top holiday tuneage. If this don't get ya in the holiday spirt, nothing will. Throw on this playlist for Christmas morning unwrapping presents with the kiddies. 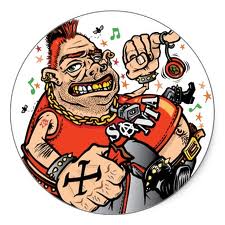 "Jolly Old Saint Nicholas" is an EP by the band SS Decontrol. It was released on 7" vinyl on Taang Records with only one side. Only 200 copies were pressed.

There is currently a Facebook campaign to make The Dickies, Silent Night the number one Christmas song... check it out here.

9. Step Into Christmas - The Business

An Elton John song covered by The Business for the holiday EP Bollocks to Christmas.

8. The Damned - There Ain't No Sanity Clause

There Ain't No Sanity Claus was released by The Damned as a single back in 1980.

7. Peter & the Test Tube Babies – I'm Getting Pissed For Christmas

"Fairytale of New York" is a song by the Celtic punk group The Pogues, released in 1987 and featuring the British singer Kirsty MacColl. The song is an Irish folk style ballad, written by Jem Finer and Shane MacGowan, and featured on The Pogues' album If I Should Fall from Grace with God. The song features string arrangements by Fiachra Trench. It is frequently cited as the best Christmas song of all time in various television, radio and magazine related polls in the UK and Ireland.

Oi to the World! is a Christmas album by the southern California punk rock band The Vandals. It was released in 1996 by their label Kung Fu Records, who also re-released it in 2000 with altered artwork and a bonus track. It was the band's sixth full-length studio album and presented holiday-themed songs written and performed with the tongue-in-cheek humor for which the band is known.

From the Ramones 11th studio album "Brian Drain' released in 1989.

2. The Dollyrots - Because I'm Santa

The Dollyrots was started by childhood friends Kelly Ogden (bass/vocals) and Luis Cabezas (guitar/backing vox) in their native Florida. The pair relocated to Los Angeles in 2002 and have since released three full length albums (Eat My Heart Out, Because I’m Awesome, and A Little Messed Up) and several singles and EPs through the Lookout, Blackheart, and Brando record labels. In addition, The Dollyrots’ music has earned them song placements, commercials, and acting stints in film & TV including Disney/Pixar’s Brave, Hewlett-Packard, Kohls, CSI:NY, ABC Family’s Greek, Ugly Betty, Vampire Diaries, The Price is Right, Easy A, Sisterhood of the Traveling Pants 2, Reaper, and Bring It On: Fight to the Finish, among others.

1. Dropkick Murphy's - Season Is Upon Us 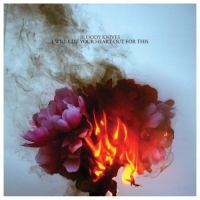 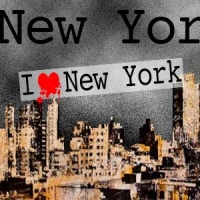