TOP 12 SONGS ABOUT THE PITFALLS OF PARENTS AND PARENTING

Mother’s Day rolled around this month. It’s a complicated holiday for many – some folks struggle with difficult or strained familial relationships. A lot of folks are estranged from their parents, for a myriad of reasons. And on the flipside, parenthood is hard, man. The best case scenario is that it’s a job that never really ends, right?

Perhaps nowhere else is the complex nature of child-vs-parent better documented than in punk. Songs vary from nuanced and touching missives from parents dismayed at the world their children have inherited to, more commonly, brief and snotty sonic bursts penned by rage-filled adolescents barking at destroying those most cloying of authority figures, mom and fukkin dad.

So let’s take a little journey through a dozen wildly varied tunes – sonically and otherwise – that explore that most difficult of themes: grownups.

A harrowing account of a battered family. Some punk songs take an obvious and brazen tongue in cheek approach (the Dayglo Abortions are straight-up cartoonish in their violence and depravity), but there seems to be little joking going on here. This is a father’s straight-up fury directed at a son, a wife, and a daughter. Seriously intense. “Dad keeps hitting mom's face, and there's blood all over the place. I said ‘Please Dad, please, it was my mistake!’ I'm the one that's bad! I'm the one that's bad! Don't hit her Dad. Don't hit her, Dad!” The “I am seriously considering leaving home” line at the end throws in a bit of gallows humor, but for the most part, this shit is pure unadulterated darkness.

“I Saw Your Mommy...” – SUICIDAL TENDENCIES

It’s dumb as shit, but it’s a classic. From the same record that introduced us to blitzkrieg-fast (for the time) tunes like “Institutionalized” comes a five-minute-long song comprised of little more than the graphic descriptions of decomposition of someone’s dead mother. Misanthropy incarnate. “But the thing I liked seeing the best was the rodents using her hair as a nest!” Paranoid and self-indulgent and twisted and – somehow – fun as hell.

Almost painfully dumb, this song. And yet, it’s endured for this long because it somehow manages to kinda sorta rips as well. I mean, cringe when I picture Danzig squeaking a few out on his skull-throne as he pens a line like “Father, do you wanna bang heads with me?” and somehow thinking it’s a good idea, but there’s something about the weird macho dickswinging thing that Glenn’s got going on there that obviously works, because if you’ve ever been to karaoke, you know that people will practically spill blood when this song comes on.

Just sheer adolescent misanthropy. Dumb, vile, juvenile, cartoonish. Catchy as hell, but you’ll need more than a few grains of salt if you’re gonna read the lyrics. As a side note, the title track to Here Today, Guano Tomorrow showcases that the band can actually write pointed political songs – they’d just rather write songs about killing their parents and taking gigantic shits.

Here’s the thing about NOFX and Mike Burkett – for all of their resoundingly, numbingly stupid songs about boobs and not showering and all that, there’s a few songs like this – a curiously earnest one about his mother wanting him to have a better life than she had. The band’s always been polarizing – a lot of people hate this band with a passion – but they throw you for a loop sometimes.

Might be the best song ever written about a parent’s quiet remorse at the violent world they’ve brought their child into. Seriously moving. Oh, and it fucking rips.

Somewhere between a lamentation of a misled youth and a virulent anti-cop song. All in under two minutes of bone-simple near-perfection. When Gary Floyd howls that “You can’t find justice, it’ll find you,” it never sounds closer or more threatening.

“For years I tried to see the world as a child, and now I see a child as the world.” Frankie Stubbs has always been a master lyricist, and this song, about tempering his own self-destructive tendencies and coming to terms with humanity’s abject cruelty while also acknowledging the frailty and mortality inherent in parenthood, counts as one of his best. From 2004’s Dog Disco, a seriously underrated album.

Leave it to some friggin Swedish dudes to write one the catchiest songs about divorce, ever. “Back in 1981, the screams and shouting had begun. My parents were still married and had their hatchets buried. They told me everything would work out fine.” I’ve always found that chorus so resolutely catchy while also being incredibly forlorn and sad.

Let me be perfectly clear: I’ve listened to How Could Hell Be Any Worse for almost thirty years now and I still have no frigging clue what that first verse means. “In this world today there ain't nobody to thank, just blame it on the kids and toss 'em into the tank. And if they yell for justice we'll hide them from the light, so that when they learn the truth they won't be scared of the night.” What are you even… what? And yet the second verse perfectly encapsulates one of the significant pitfalls of capitalism – both parents working to provide for their children, and yet they’re always working, so they’re actually unable to be with their children. Hence the threat in the second verse – the idea of going to straight to bed with no TV as a punishment, as it’s the TV that is essentially raising the child. The band’ showing their youth here, and there’s something that inherently charming as hell about Little Kid Bad Religion, aka the LP.

“Mommy, Can I Go Out and Kill Tonight?” – MISFITS

Between this and “Mother,” Danzig’s got the mom-related tunes on lockdown. This one’s a real slasher of a song – a good, studious boy gone bad, killing for mommy. Everyone knows this song, and as a thirteen year-old, it is one of the most exciting songs ever written in the history of humanity because it is just so dumb and shlocky and fast and unrelenting. Also, little side note – the line that includes “Razorblades love teenage flesh, an epidermoty” has inspired quite the internet kerfluffle over just what in the screaming shit an “epidermoty” is or is supposed to be, as it appears for all intents and purposes to just be some shit that Danzig made up because it sounded kind of scientific and skin-related. 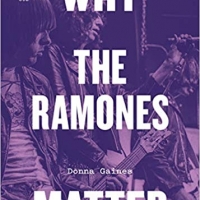 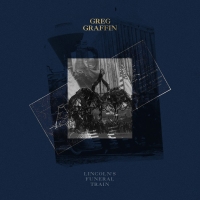