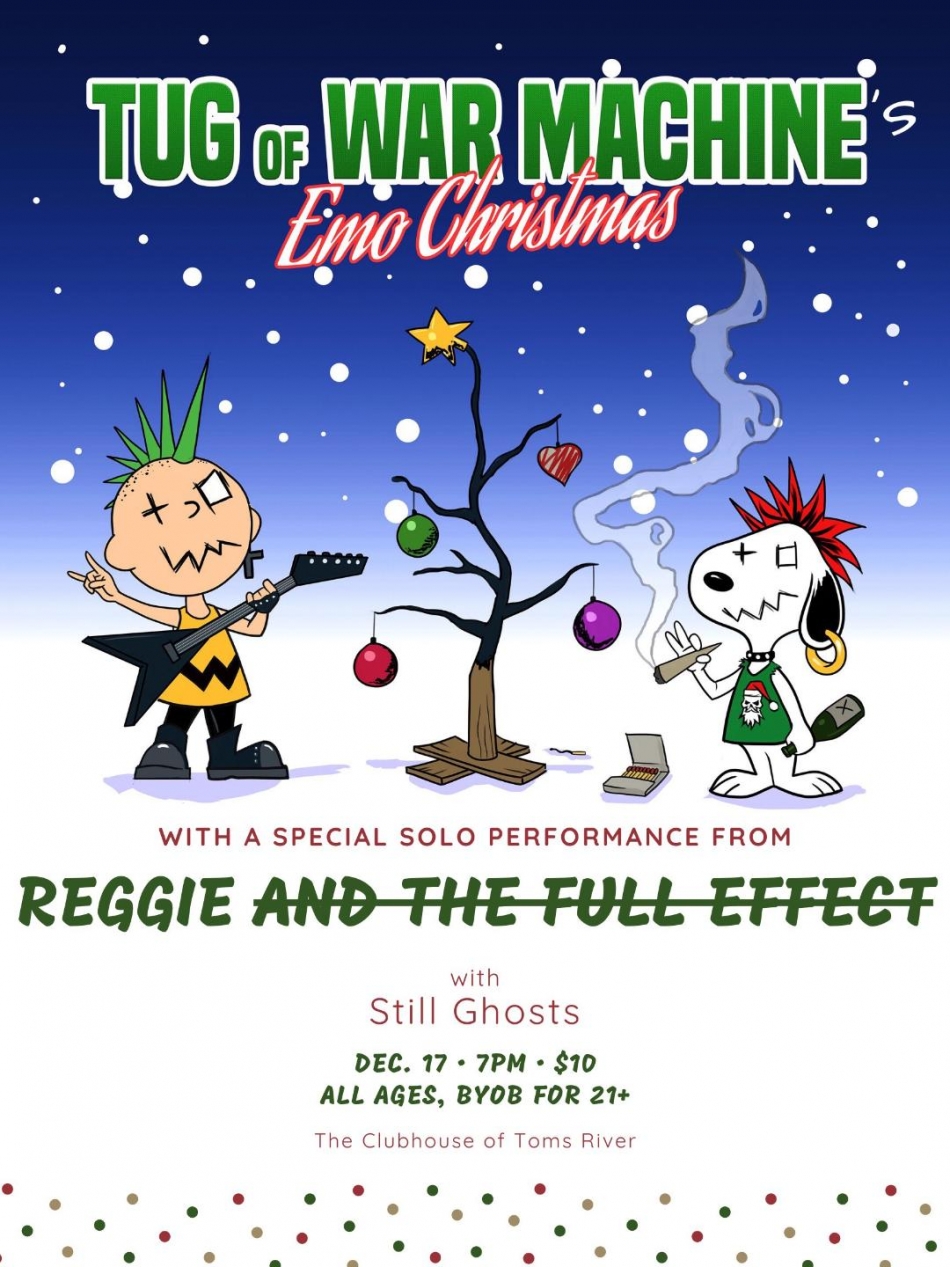 New Jersey-based pop-punk band Tug Of War Machine release a fun and bright video to liven up the holidays.

Ahead of the holidays, NJ-based pop-punk band Tug Of War Machine are releasing their tongue-in-cheek take on the cult number “Emo Christmas” by Carpet Ride that originally appeared in 2011.

Thelyrics are down-in-the-dumps fun and the guys of Tug Of War Machine deck themselves out in bright and merry Christmas Sweaters, dazzle with shiny ornaments, and carouse with the carolers.

A broken, lonely heart is on full emo display on the song’s lyrics, but Tug Of War Machine know how to add a touch of innocent-sounding, sing-song snark to the mix. Midway through, “Emo Christmas” changes its tune, ramping up into a true pop-punk number with driving guitars and a swirl of vocals.

The band comment, “For anybody missing somebody on/around the holidays, this is for you... Not everyone is keen on pop-punk; however, everyone loves Christmas. Sappy Holidays!”

Listen to "Emo Christmas" on Spotify.

Tug Of War Machine will be playing a holiday-themed show on December 17th with friends (like Reggie and The Full Effect) at The Clubhouse in Toms River, NJ, as well as recording their debut album, Child-Like Symptoms, set for release in the summer of 2020.