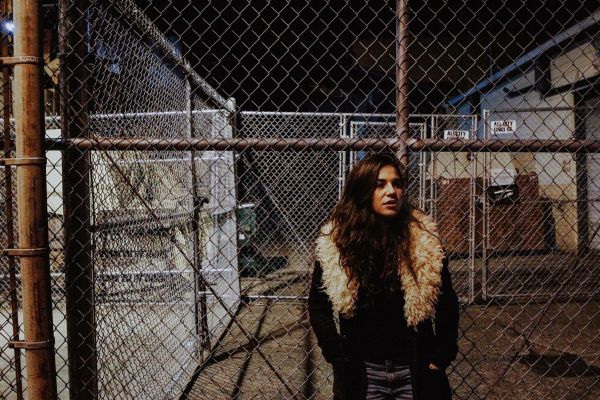 Seattle-based rock act Bad Saint is the music project of Tess Freedel. She formed Bad Saint in 2016 and hasn’t looked back in the rearview mirror, charging down the road with a fresh blast of tuneful rock tracks.

As Freedel built up her music profile, she snagged local and college radio airplay and has opened for the likes of Shonen Knife, Thelma and the Sleaze, and more. She’s also played a Bumbershoot set with Craig Jaffe and a Key Arena halftime show with Lady Krishna last year.

2019 sees Freedel, as Bad Saint, rising even higher with music videos, singles, and a full-length record coming out, as well as collaborations with Tim Held and 52 Kings.

Rebel Noise is pleased to host the premiere of one of those videos, for the upbeat and driving single “Fall City Road”.

“Fall City Road” is about retroactively making peace with your hometown ghosts. The video was conceptualized by Freedel and directed and shot by Dylan Randolf in Freedel's hometown of Issaquah, Washington, a heavily forested suburb of Seattle.

The video features the sterile and cookie-cutter Seattle suburbs contrasted with the creativity and culture found in the city proper that influences Freedel when she writes for Bad Saint. Throughout the video, Freedel crosses paths with her younger self haunting the streets of her hometown while on a literal drive down memory lane.

So roll along with Freedel as she takes the wheel on the crispy guitar crunch, retro vocal harmonies, and propulsive tempo of “Fall City Road”.

Video Premiere: “Behind the Blinds” by Rite Hook