Video Premiere: “Behind the Blinds” by Rite Hook 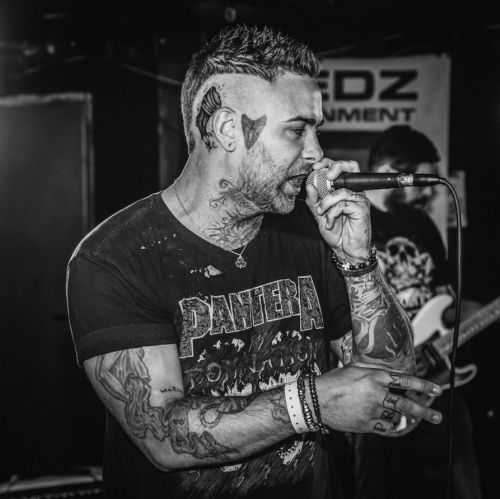 Boston-based alternative music artist Rite Hook smashes together rock, rap, and blues on his knockout tunes. His 4th studio album, Modify, is set to hit the street on March 8th via Leedz Edutainment.

Rebel Noise is mighty excited to host the premiere of the visceral video for the hard-swinging “Behind the Blinds.” Strong, yet melodic all the way through, the gritty and powerful track hits like a ton of bricks.

On “Behind the Blinds”, a swamp rock/blues guitar line wallows in the mire while measured tambourine jingle and flitting piano tinkle follow the steady drum beat.

Rite Hook’s rough and gruff vocals pour out in a passionately emotive delivery. The chorus sections leap up with Rite Hook’s raging exclamations and a burning rock guitar fire that rips through ‘til the very end.

While “Behind the Blinds” never specifically mentions drug addiction, it should clearly connect with anyone who has struggled with substance (ab)use and the unbalanced mentality and self-isolation that comes with it.

Rite Hook’s lyrics accurately portray that psychological bullet-to-the-head, and he literally puts this on display on his potent and affecting video. The focus is always on Rite Hook as paces around indoors and lays on the couch, basically wasting his days away with his delusional, spiraling-inward behavior.

And Rite Hook has lived through this himself, surviving a drug overdose in 2012 to come back better than ever and shining a light on the plight of those who are on the fringes of society.

About “Behind the Blinds”, Rite Hook reveals, ““Behind the Blinds” is about being such an introvert at times to the point of severe paranoia. There’s been times in my life where I felt I needed to retreat and hide from the world. Sometimes these instances involved heavy drug use, sometimes it was just to recharge and get away. But “Behind the Blinds” focuses on a moment where I thought hiding from the world while on a binge was what I needed. When in reality it only made things worse. Which is symbolized by the finger gunshot and surviving the rest of the song with that wound.”

Song Premiere: “On Top of the World” by Forth