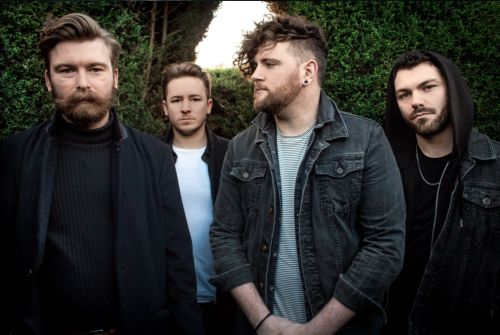 U.K. anthemic rock band The Alchemy drop a dynamic performance video for a potent track off their upcoming album.

Canterbury, England-located band The Alchemy are exploding on the music scene with their powerful and melodic brand of rock that incorporates anthemic choruses with blazing electronics. Their relentless touring schedule has also given a chance for audiences to experience their electrifying live shows.

The Alchemy puts themselves on the musical map in 2016 with their potent debut EP. Critical kudos and spins from the likes of Alex Baker at Kerrang! Radio, BBC Introducing, Planet Rock, Scuzz TV, and The Punk Archive soon followed, along with a fervent and ever-growing fanbase.

The band caught the attention of Paul Matthews, the bass player of London-based, New Zealand-origin rockers I Am Giant. They toured with the band and Matthews, who is also a notable producer, decided to take on The Alchemy and help produce their debut album.

Chemical Daydream is the result, and it will be unleashed on November 8th via Standby Records. “Gateway Drug” is the second single to drop from the full-length, following up on lead track “Intertwined”. It’s a rousing number filled with passionate vocals, tuneful sonics, and relevant lyrics.

Rebel Noise is psyched to host the premiere of the performance video for the socio-politically timely “Gateway Drug”. The video is filled with fast-edited close-ups of the band members striking and pounding away at their instruments and lead singer Rhys Taylor dramatically exclaiming his vocals directly at the camera.

Video Premiere: “Candy Is A Heartthrob” by Gone Sugar Die