Video Premiere: “Candy Is A Heartthrob” by Gone Sugar Die 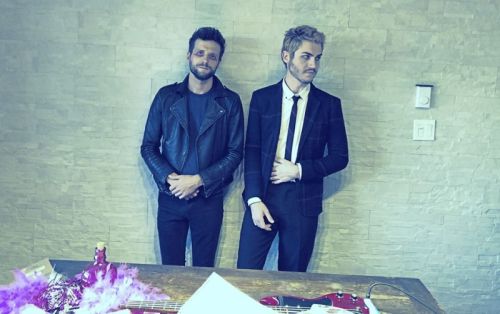 They play energetic and socio-politically relevant music that is driven by cultural and personal issues that are affecting them and the world. Their bold synth-pop sound explodes with defiant punk attitude, garage rock grit, and catchy dance grooves.

Rebel Noise is stoked to host the premiere of the culturally relevant video for the grimy, yet rhythmic and melodic “Candy Is A Heartthrob”.

The track and video highlight McWilliams’ activist side. As a member of local non-profits in the British Columbia region, he saw first-hand how Vancouver residents were suffering through homelessness and substance abuse.

These important issues sparked the meaning behind “Candy Is A Hearttrob” – both the song and video. "For the production of the video, I was sent statistics by the Covenant House, as well as online government provided statistics for North American averages, [but I started] going more in-depth," McWilliams says. "I spent time in the downtown east side, known as East Hastings Street... witnessing drug use, [people struggling in the wake of] overdose, and held interviews."

In the video, viewers follow a character similar to the residents McWilliams interacted with, along with some of the actual footage he shot, giving a fuller idea of the humanitarian crises happening in Vancouver.

The visuals of down ‘n’ out urban neighborhoods, drug paraphernalia, and the duo performing to the camera are shot in grainy, contrasting bright white and deep black and flow with the song’s pushing tempo and McWilliams’ yearning to direct vocals.