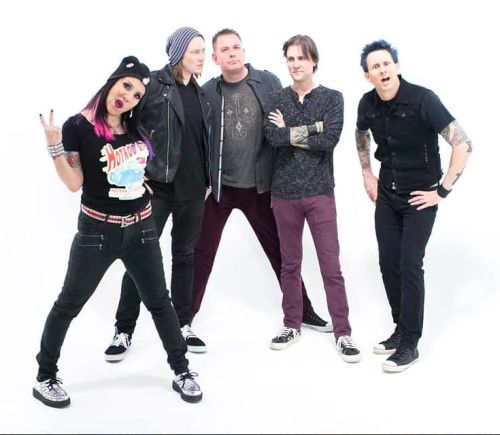 LA-located alternative rock/pop punk band ROCKET have been on the music scene since 2013, fine-tuning their energetic live shows and sharpening their songwriting skills. Along the way they’ve built up a dedicated following and critical praise from the likes of CBS Los Angeles, which called ROCKET one of the “best bands to catch” live.

Rebel Noise is stoked to be hosting the premiere of the vivid and fun new video that accompanies “Giants.”

The band members’ bold personalities and driving passion are on full display in the performance video. The all attack the high-energy, up-beat track with gusto in two separate, but intercut performances, whaling away on their instruments while frontwoman Barreto delivers the lyrics with palpable fervor.

The excitement is infectious, and the track and video pop and rock, bristling with enough defiant punk attitude to give it a gritty edge.

ROCKET is playing the Whisky a Go Go on November 16th with The Atomic Punks.