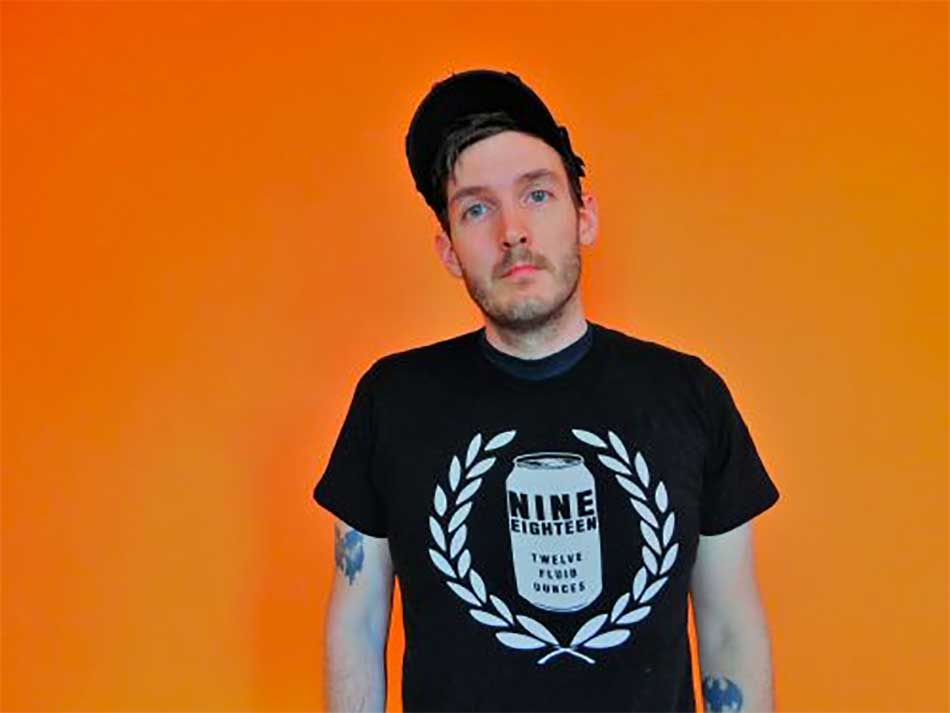 Hailing from Northern New Jersey, singer, songwriter, and multi-instrumentalist Ryan Struck, under the moniker of Scary Hours, lashes out on a visceral new music video for his raging punk rock track “Normal’s Not New.”

On the LP, Struck targets the injustice and unfairness faced by those who must live on the edges of mainstream society. “I thought Margins was an appropriate title as marginalization is a heavy theme on this record,” Struck comments. “For the LBGTQ and BIPOC communities, minorities, and those who seek to speak out and denounce their systemic oppression, to merely exist is an act of rebellion.”

Rebel Noise is stoked to host the premiere of the music video for “Normal’s Not New.” The song is a relentless blast of fury all the way through, and the video clip mirrors this through Struck’s ferocious performance of the song.

He’s backed by spread-out newspapers tacked against the wall, blaring the jarring headlines of the day. An old-school movie projector streaks images of splattered blood across the screen, adding an unsettling visual effect to an already rampaging track.

About the song’s meaning, Struck relates, “Capitalists count on crises, panics, and recessions to regulate the market.  Oppression is written into the very documents that founded this country, and the oppressed are the ones who pay for these events both monetarily and emotionally.”

“While we are all victims of this cycle, national pride keeps people defending the very authoritarian regimes that keep them working paycheck to paycheck, i.e. the “Stockholm mob.” There’s nothing new about this normal other than the changing circumstances by which we are controlled.”

Crisis, panic, recession
A new Philadelphian Convention
The only thing we own is our debt
Conning the limbs of our labor like a marionette
Pavlovian teeth on proletarian throats
If we swallow the poison we can kill the host
Plutocracy: a cause to settle for less
A proposition for life that must settle for death
And this Stockholm mob becomes the new oppressor
Unaware hostages, numbers in the same ledger

The normal's not new, the normal is you