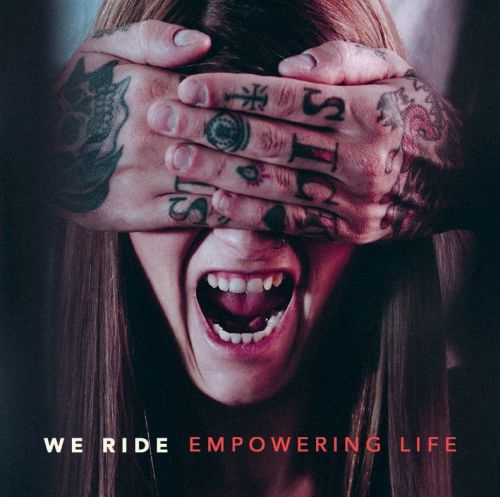 Don’t look in the rearview mirror, the future of hardcore is in front of you. WE RIDE are at the forefront of the modern hardcore scene and their latest release, Empowering Life, will prove to be one of the most abrasive, in-your-face records of 2017. The five-piece from Spain released Empowering Life worldwide on April 14th.

Front-woman Mimi Telmo exclaims, "We can't wait until you get Empowering Life in your hands, we hope you like it as much as we do. Signing with Victory Records is the reward of seven years of hard work and also a motivator to deliver the goods. See you on the road, keep that PMA!”

WE RIDE hit the studio in 2016 with Alex Cappa at Metal Factory Studios outside Madrid, Spain to record Empowering Life, and the album was mixed in early 2017 by Cameron Webb (Motorhead, NOFX). The band will tour the globe extensively as more festival and headlining dates are booked through 2017.