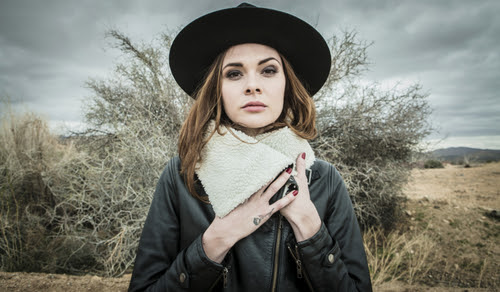 Frontwoman of HONEYHONEY to Release Solo Debut on 8/11

Singer/songwriter/multi-instrumentalist Suzanne Santo will release her solo debut album Ruby Red on August 11th. Best known as one-half of Americana duo HONEYHONEY, Santo steps out on her own for the first time and, more than 10 years into an acclaimed career, turns a new corner. Today, she released the video for lead single "Ghost In My Bed" in which she stars alongside Nick Wechsler (Revenge, Chicago PD, It's Always Sunny in Philadelphia) and shows glimpses into a couple's rocky history from start to fiery finish.

The video premiered this morning on KCRW who stated "'Ghost In My Bed' drew me in with its cinematic scope and ability to bring the viewer into the story of the beginnings of a dysfunctional relationship. Her strong vocals shine in this slightly dark and moody track."

Produced by multi-platinum Grammy nominee Butch Walker, Ruby Red is caught halfway between the dark swoon of pop-noir, the raw rasp of soul music, and the honest punch of Americana. It's an album about love, life, and lust in the modern world. A moody, fierce, melody-driven 11-song offering, Ruby Red ranges from Southern-gothic anthems to slow-burning soul ballads to explosive rockers, all anchored around Santo's voice: an electrifying, elastic instrument that's capable of both vulnerability and ferocity. Rolling Stone raved "The new record marks an expansion of her Americana roots, with Southern-gothic soul and dusky, driving pop-fueled songs."

Before they collaborated on Ruby Red, Santo made multiple appearances on Butch Walker's latest album Stay Gold. She joined him on the road, too, singing harmonies and playing violin, guitar, and banjo during a nationwide tour in 2016. During breaks in her touring schedule, she began diving into a different type of songwriting, looking to diverse albums by Erykah Badu, David Bowie, Townes Van Zandt, and the Alabama Shakes for inspiration. For years, she'd always been somebody else's bandmate. This was a time to explore her own identity. To write her own music. To ignore genres and defy expectations. To determine what, exactly, she wanted to say, and find out the best way to deliver it.

"This record is so fucking sexy, I can't deal," stated Butch Walker. "Proud to have been in the room when these songs were going down. Put it on and turn out the lights." 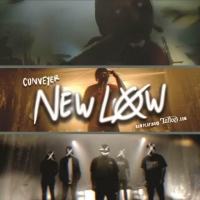 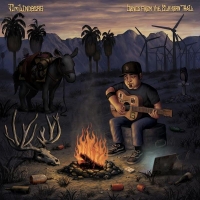