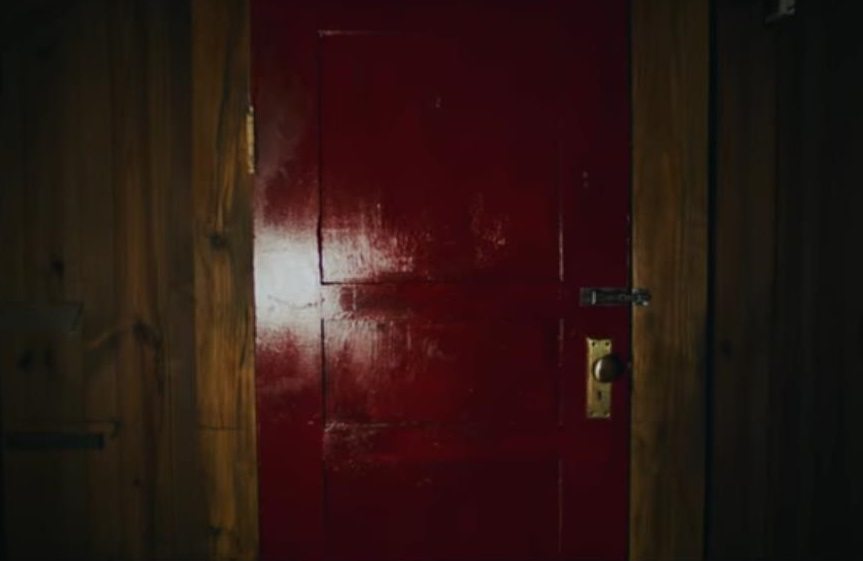 Trey Edward Shults’ psychological horror/drama It Comes At Night is set in a not so distant apocalyptic future, where an infectious disease has rapidly spread without any known cause or cure. Paul (Joel Edgerton), his wife Sarah (Carmen Ejogo) and their 17-year-old son Travis (Kelvin Harrison Jr.) are left desolate in the woods, their strict routine and the confines within their house providing some reliable stability for their survival. However, their short-lived security is disrupted by Paul (Joel Edgerton)’s breaching on their foundation, another survivor merely looking for food and water to keep his wife and son healthy and alive. The two families eventually join under one roof, yet intentions are quickly questioned and survival instincts come to a clashing climax, questioning the difference between simply living and keeping one’s humanistic values intact.

Shults doesn’t rely on practical jump scares as a crutch to keep the film’s tone ominous, rather his deliberately lurking shots through hallways and in secretive nooks of the house as well as his choice for an ambient and pulsating music score acts as an intangible “It”, something beyond the realm of explanation yet imprisons both families and is used as a source of calamity. Set in isolation in the middle of the woods, the only sight provided after dark are through the means of candles and lamps, more often than not casting shadows and uncertainty as to what or who may be hiding just beyond reach. Travis’ recurring nightmares are used as a way of processing this newfound territory from an adolescent’s point of view, his visions frequently indistinguishable from reality until he frantically regains consciousness. The emphasis on the house’s sole room as the only means of entering and exiting with its threatening red door serves as a barrier between the comforting illusion of survival within strict confines versus the unknown yet inevitable reality of what awaits outside that Paul and his family will inevitably have to confront.

Following in a similar vein as his directorial debut for Krisha, Shults’ remarkability lies in embedding subtle nuances and depth when it comes to character development. Both Paul and Will’s intentions are largely focused on keeping their family alive and safe, while Sarah’s empathetic nature remains steadfast yet free of frivolity. Their son Travis acts as a bridge between the two families, playing the role of nurturer to young Andrew and engaging in practical duties and conversation with Will and Sarah. Any initial bonding and warmth that begins to form between the two families is promptly fractured by hazy deceptions and subtle breaches of trust, especially between Paul and Will. The focus on slight expressions and prolonged or brief eye contact between strangers during conversations and confrontations becomes the only means they depend on to hopefully gain any answers. Is there actual weight to these faint slip ups, or is it in Paul’s nature to turn cynical and suspicious in the wake of their circumstances? These questions raise themselves throughout the film but Shults does the audience a favor by providing no simple answers.