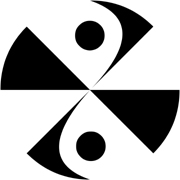 ...But Not Forgotten is a five-piece, female-fronted band hailing from Northern NJ.  The band's influences range from Punk, Metal, Nu-Metal, and Emo.  In essence â€¦But Not Forgotten delivers an aggressive sound with powerful vocals, angry lyrics, and heavy riffs while simultaneously keeping a melodic element to the sound.

The band debuted in 2004 and has performed at several venues in NYC, NJ, and PA.  It wasnâ€™t long before Concerts East discovered the group and selected them to open up for Kittie, Otep and Crisis at the Starland Ballroom in October of 2004.  The groupâ€™s Starland Ballroom debut was a success.  Receiving an energetic and favorable reaction from the crowd â€¦But Not Forgotten was asked to return to the Starland Ballroom in February 2005 to open for Otep, Candiria, and American Headcharge.  The group has also been featured on 89.5 WSOUâ€™s â€œNo Manâ€™s Landâ€ â€“ a weekly radio show that spins female-fronted artists.

Avenged Sevenfold, My ChemicalRomance, Static Lullaby, Ill Nino, Otep, System Of A Down, Misfits, Suicidal Tendencies, Mr Bungle, Descnendents, Atreyu, From Autumn To Ashes, Funeral For a Friend and more.