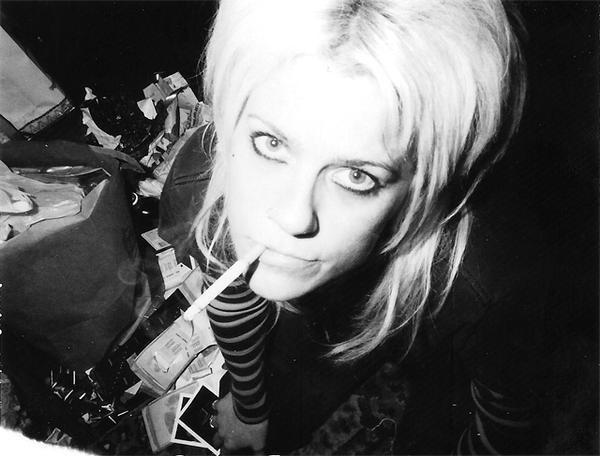 DONITA SPARKS is working on her debut solo album, looking for a record deal, and getting ready to headline at Spaceland on New Year’s Eve.  When I spoke to her, SPARKS first answered a question about the status of her band, L7.  According to SPARKS, L7 fans should not plan on buying tickets for a reunion tour anytime soon.

“L7 is on an indefinitely long hiatus,” SPARKS told me, dragging out the word “l-o-n-g” for emphasis.  “Although that leaves things open-ended for the future, right now I have no interest L7.”

While SPARKS may have lost interest in L7, she has been keeping up with lots of other California bands.  SPARKS enthusiastically name-checks her new favorites and where she discovered them.  Not surprisingly, many of the groups SPARKS passionately recommends feature women in prominent roles.

“I get turned on to a lot of new bands by talking to my friends and listening to the radio,” SPARKS said.  “I listen to ‘Morning Becomes Eclectic’ on KCRW and Steve Jones’ show [on Indie 103.1] every day.  MR. UNCERTAIN, from LA, is really cool, and TURN ME ON DEAD MAN, from San Francisco, sound pretty good.  THE 88 are fantastic; you’ve got to check them out if you haven’t heard them yet.

“Actually, through putting together the New Year’s Eve show at Spaceland, I’ve noticed that there are a lot of great, cool women fronting new bands.  I don’t want to sound biased because I really do not care what sex you are, but I am really impressed by female-fronted bands like GRAM RABBIT.  GRAM RABBIT have got it going on.”

As she just hinted, SPARKS plans on organizing many of the festivities which will be held at Spaceland on New Year’s Eve, in addition to performing.  (And, yes, SPARKS promises GRAM RABBIT will be there, too.)  No matter what, if SPARKS has her way, New Year’s Eve at Spaceland will definitely not be a low-key affair.

“New Year’s Eve is always a let-down for me,” SPARKS explained.  “Every year, I go out and see some band, and they don’t make a big deal of it.  And I’m like, ‘Oh man, this is New Year’s Eve!  Where the fuck are the party favors?’  I want confetti, spangles, and a well-dressed band.  Let’s make pretend we’re on the Titanic and it’s about to sink.  I want tuxedos and tiaras on New Year’s Eve.”