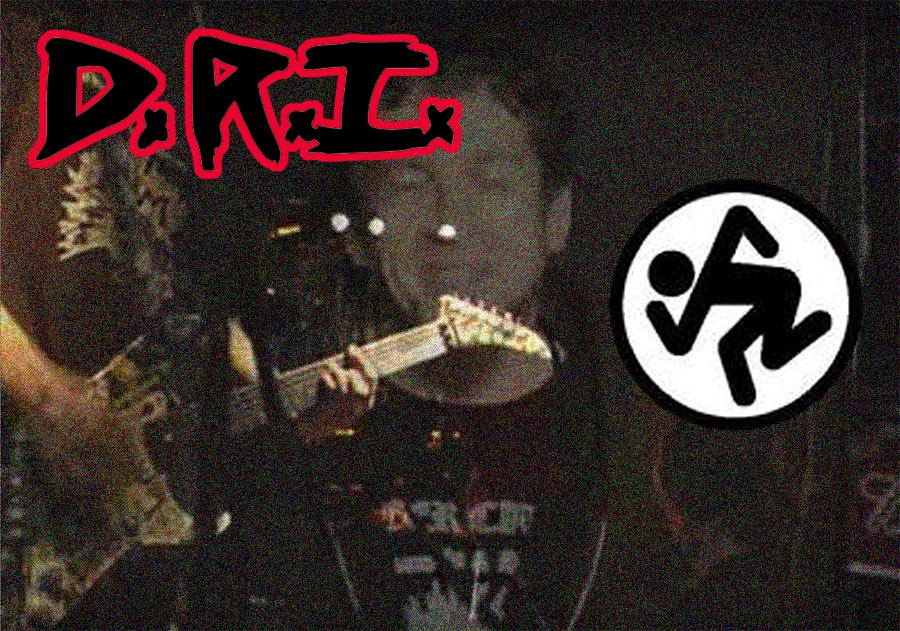 Sitting down in the dank, sordid basement of Don Hill’s in NYC stirring a glass of soda rather than sipping a customary pre-show beer like in years past to quell his nerves, Spike Cassidy, guitarist of D.R.I. a.k.a. Dirty Rotten Imbeciles and Long Island native, now a bit older, wiser, and also a father, looks calm, at ease, pensive even.  He doesn’t drink before shows any longer, after one day realizing he could go out on stage without the aid of alcohol, and whereas the band “used to tour three months straight…[and] didn’t think twice about it,” they now “keep it at one month or less, just so we’re not away from the kids growing up for too long.”  But don’t worry, he and the guys – vocalist Kurt Brecht, bassist Harald Oimoen, and drummer Rob Rampy – haven’t gone soft on us – they’re still feral on-stage, playing brutal tunes spanning two decades. 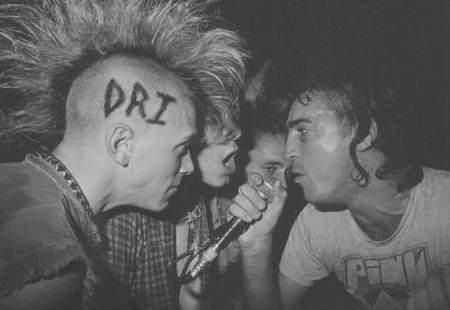 This now-legendary band is known for its part in bringing about the “crossover” (pun intended) between punk and metal, two genres and scenes that were pretty disparate back in the early ‘80s.  Therefore, D.R.I. were pioneers in melding punk, hardcore, and thrash metal twenty years ago.  Feeling that there wasn’t “any reason why kids that liked one [style] couldn’t go to the show – that metal kids and punk kids couldn’t get along and go to different shows and get along…We tried to help that whole thing merge together.”

About being together for an impressive twenty years, albeit enduring plenty of line-up changes, Spike shows a hint of emotion and a mixture of satisfaction and surprise when pondering this: “[It’s] great.  We have never expected to do anything phenomenal and that’s probably why we’re still doing it.  We never expected to even put out an album…All we wanted to do was play a couple of shows and so we never had the goals of making millions or being famous…We’ve accomplished all our goals and we’ve surpassed them and we’re happy…Everyday, a couple of times a day, we get an email on our website [www.dirtyrottenimbeciles.com] that says something about how D.R.I. music and lyrics helped them get through their teen years, and if it wasn’t for blah blah blah, and it’s pretty cool.”

Originally from Long Island, Spike followed some family to Texas, and soon formed Dirty Rotten Imbeciles with the other guys.  In order for the band to progress they knew they had to get out of Texas.  Hearing about what was going on in California, they packed up and headed to San Francisco with aspirations of headlining tours, not just being “stuck in Texas playing like every weekend for some band that was coming through…and opening up for them.”  And this proved to be a momentous move, as they were on tour within a month or two of setting foot in California.  Given that D.R.I. played throughout the 80s, the heyday of the American hardcore scene, I inevitably had to ask which bands he enjoyed playing with the most.  With absolutely no hesitation, Spike names his top three: Dead Kennedys, Minor Threat, and Black Flag.

So, after all these years, D.R.I. are still touring, although not as much as in their younger days, and working on new material.  “We’re writing,” says Spike, “but it’s a slow process.  We’ve been writing…on and off for years, and we started working on it a lot more lately, but there’s no plans to actually record or release anything, we’re just taking it slow.”  But it’s a hard task, when one takes into account that Kurt is back in Texas, while Spike is still based in San Francisco.  They send each other their musical ideas via CD, but it’s still tough to get a lot of material written and practiced that way, and thus, an album of new material seems unlikely in the near future.  Rather, the band is “mostly concentrating on releasing the old stuff in CD enhanced form and releasing some old stuff that we have laying around…in the meantime.”  They’ve already released their first two albums, the unsurpassable “Dirty Rotten LP” from 1982 and 1985’s follow-up “Dealing With It” in CD enhanced form.  The former features a whopping forty-four tracks plus five videos, including the defiant “I Don’t Need Society” and “Reaganomics,” which were filmed live at their only CBGBs gig in 1984.  This CD also includes some very early interviews.  And when asked how he feels about creating such a seminal album at the time (1982), Spike is humble and nonchalant about D.R.I.’s impact and place in history: “I don’t think about it.  You know it’s something we did and it’s history.  I think it’s kinda cool when people say stuff like that and everything, but we don’t dwell on it…we just move on.  That was twenty years ago.”  Hey, maybe so, Spike, but we think it’s pretty fascinating. 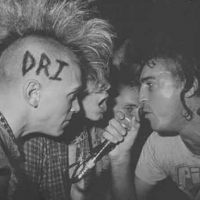 CHEWING THE FAT WITH KURT BRECHT OF DRI 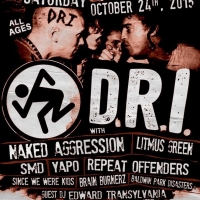 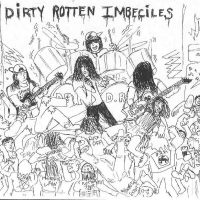