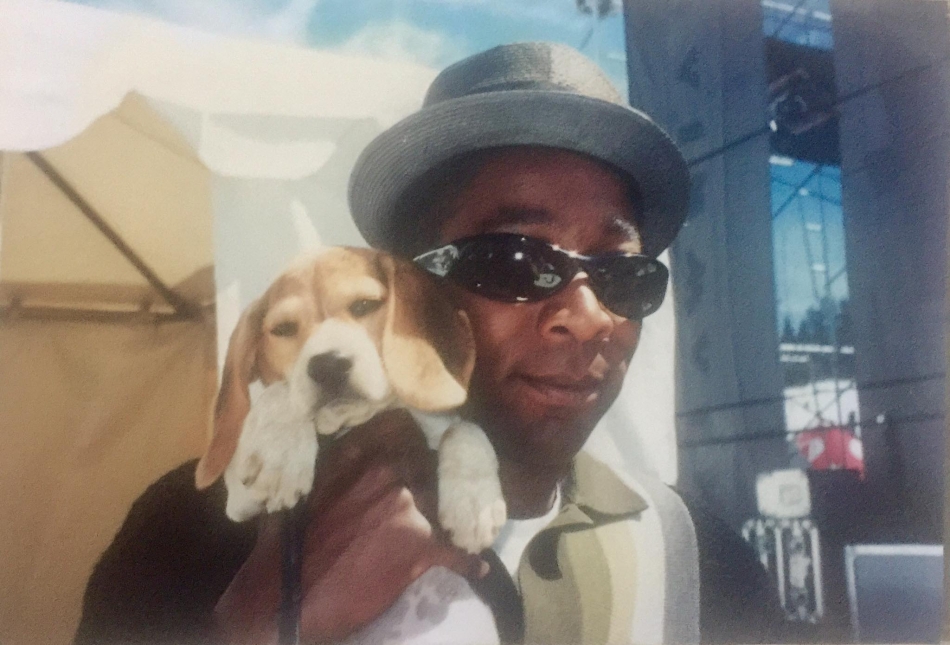 Most people will never be mentioned in the pages of TIME MAGAZINE.  The members of Hepcat, however, are not like most people.  TIME, in fact, named Hepcat’s RIGHT ON TIME as one of the best albums of 1997.

“That blew my mind,” says Greg Lee, Hepcat’s silky-voiced lead singer.  “When you’re a kid, you look at TIME MAGAZINE and think it’s boring because your parents read it.  Then, when you grow up, you tell yourself, ‘Gosh, the only way my parents and grandparents will really [respect what I do] is if I were in something like TIME MAGAZINE.  But that ain’t ever going to happen.’  When Hepcat did appear in TIME, not only did we get mentioned, but we also got a great review.  Forget about the exposure and if being in TIME was good for record sales, it’s all about my grandmother calling me up because she was excited that I was in TIME MAGAZINE.”

Despite the success of RIGHT ON TIME, Lee and the rest of Hepcat did not feel any extra pressure while working on their latest album, PUSH N’ SHOVE.  Like RIGHT ON TIME, PUSH N’ SHOVE does not follow any current musical trends.  Even though Hepcat is considered a ska band, the group’s music also shares soul, jazz, and R&B roots.
“We’re pretty simple, man,” Lee explains.  “We really don’t think about or know what people will like.  We do and will always do what we like and we play what we think is cool.  That’s why we’re not big fans of other ska bands.  I’m not saying that we don’t like other ska bands or we wouldn’t like them if we listened to them.  It’s just more gratifying to look outside our genre for musical influences.  That way, we’re not following any musical trends and we can keep a clear focus on what we’re doing.”

Although PUSH N’ SHOVE warmly refines Hepcat’s gentle, timeless sound, the band’s second release for Hellcat Records was not easy to make.  While the members of Hepcat do not look to fulfill the expectations of others, their own expectations run pretty high.  Not surprisingly, that can lead to a lot of tension in the studio.

“You ever see one of those people on TV who are in a car accident and are dead for a minute?” Lee asks.  “You know, the ones who see the light at the end of the tunnel, and it’s a life-changing experience?  That’s what recording PUSH N’ SHOVE was like.  We fought, punched each other, kicked each other, argued, somebody called somebody’s mother something…  It got ugly.  But the end product is what counts.”

To support PUSH N’ SHOVE, Hepcat will soon be hitting the road.  And if the Push N’ Shove Tour is anything like the band’s last tour, the group may never see home again.  For the Right On Time Tour in 1997, Hepcat performed 262 shows in 320 days, including appearances at that summer’s Warped Tour.  The Los Angeles seven-piece later played at the Australian and European Warped Tours, and festivals in England, Holland, Belgium, and Italy.  As it did in the recording studio, trouble somehow found Hepcat at a stop in Germany.

“We were playing a show in East Berlin,” Greg remembers, “in the old area.  We were in a room in this huge building that had once belonged to some Nazi official who had a thousand people working for him.  It was crazy.  Anyhow, we were in this building, and everybody was throwing fireworks down on the street.  In Germany, their fireworks aren’t like a cherry bomb, you know?  Their smallest piece of firework is like an M-80.  And they’re throwing them at each other, and this one girl throws [a firecracker] at this guy, and she blows up the front of his jacket.  It didn’t hurt him or anything.  It just blew up his jacket, and we’re all [inside] laughing.  Then, the whole crowd downstairs turns to us, and starts throwing [fireworks] at the window where we were [watching].  So, our whole room was blown up.”

If Hepcat can survive studio conflicts, demanding tours, and angry mobs, fans will get to see Lee and co-vocalist Alex Desert’s patented stage moves at least one more time.  Over the years, Lee has worked hard at making it all seem so easy, dance steps included.  And like Hepcat’s music, Lee’s dance moves are derived from some well-studied sources.

“We used to just stand there,” Lee says, looking back.  “At first, we would just stand there because we were like, ‘No, we’re just singing.  That’s cool.’  But then, we started to have fun.  We were having so much fun singing that is was like, ‘Shit, let’s go ahead and dance.  Let’s do some Temptations stuff.  Let’s do variations of our own and mix it with the Temptations’ stuff.’  Also, when we were seventeen or eighteen years old, we heard that Bob Marley used to dance at shows when he was our age.  The Wailers used to do dance steps, and he would dance and do crazy stuff.  We just thought it was natural and we should do that, too.”