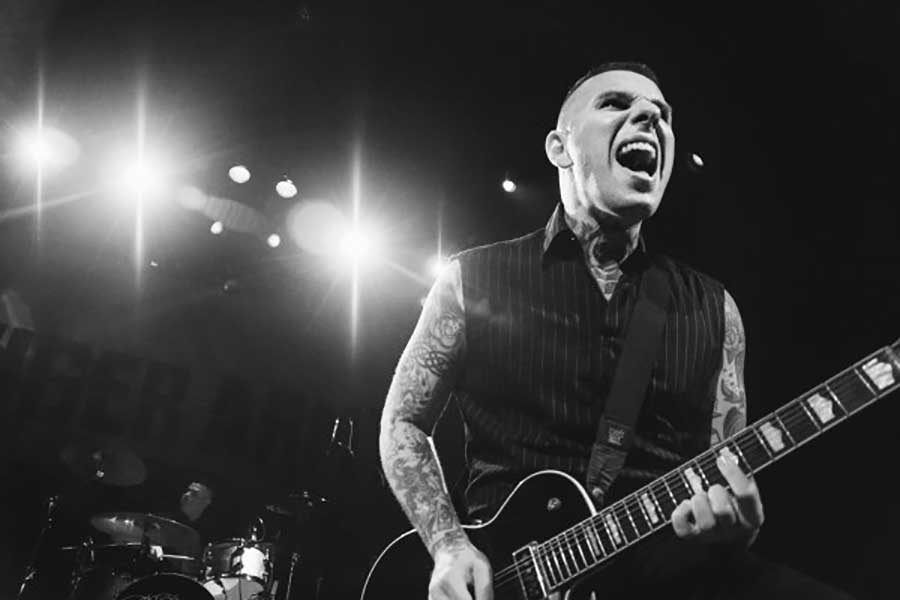 Ordinary guys daydream about girls and cars. But the thoughts of Tiger Army’s Nick 13 run much darker. The Tiger Army leader is fascinated by the night.

“I like the nighttime far better than the daytime,” Nick carefully reveals. “Physiologically and psychologically, I am more comfortable at night. I would much rather be active when no one else is around. [My fondness for the night] is also a metaphor for my relationship to society – it distances me from most of the people I meet.”

In addition, Nick’s longtime allegiance to a subgenre of punk rock and rockabilly called psychobilly separates him even further from the mainstream.

Not surprisingly, Tiger Army’s latest record, II: Power of Moonlite, revolves around Nick’s two biggest influences – the psychobilly scene and the nighttime hours. However, songs such as Tiger Army’s chilling “In the Orchard,” were inspired by Nick’s childhood.

“I grew up in Northern California,” says the Tiger Army founder. “And when I go back there and see the changing seasons, it makes me think about growing older.”

Nick is fortunate, though, to have many talented friends who share his unusual interests. Apart from Nick, Tiger Army includes Geoff Kresge on stand-up bass and London May behind the drums. AFI singer Davey Havok and Rancid’s Lars Frederiksen and Matt Freeman also appear on II: Power of Moonlite, which was released by Hellcat Records.

And with II: Power of Moonlite, Nick hopes to reach out to others more like himself.

“My [interests] prohibit me from relating to the average person on the street,” Nick says, in dead seriousness. “But at the same time, I think that the people who listen to Tiger Army’s music are unable to relate [to the mainstream] in many ways, as well. With Tiger Army, I have found that there are a lot of people who relate to where I am coming from.”