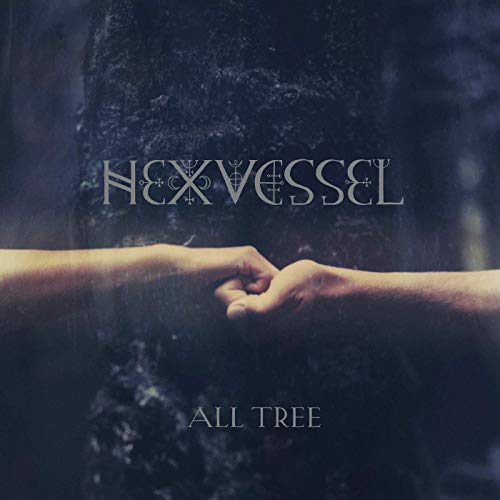 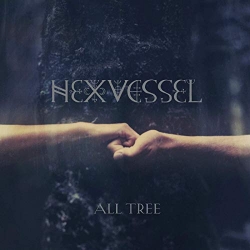 Every piece of the All Tree puzzle succeeds not only as its own special gift but also as a crucial component of a very singular and cohesive cumulative folk rock statement.

Formed a decade ago by singer Mat "Kvohst" McNerney, Finish troupe Hexvessel has long established themselves as one of the top names in modern folk music (alongside heavyweights like The Decemberists, Great Northern, Anekdoten, and Midlake). With touches of psychedelia and natural ambiance scattered around their lusciously rustic and dense creations, their work truly captures the organic splendor and warmth of endless summertime forest forays. Unsurprisingly, their latest outing, All Tree, is no exception. In fact, its delightfully varied and tasteful instrumentation, coupled with consistently strong-willed yet contemplative vocals from McNerney and Marja Konttinen, make it an unforgettable and undeniable gem in the genre.

Joining the duo on All Tree are guitarists Jesse Heikkinen and Andrew McIvor, drummer/bassist Jukka Rämänen, pianist/violist/bassist Kimmo Helén, sound effects specialist Antti Haapapuro, and guests Daniel Pioro (violin) and Dirk Campbell (flutes, duduk). According to the band, the LP “expand[s] upon McNerney’s personal spiritual journey” while also continuing his interest in “Finland’s pagan past” (which he’s explored as part of gothic pop outfit Grave Pleasures—as well as various black and extreme metal bands—too). McNerney adds that he often thought about “the summers of his youth, spent listening to Celtic ghost stories on his father’s family farm” as he and McIvor wrote the album. Specifically, he hopes that All Tree “symbolise[s] a pathway toward a spiritual revival of the old fables.” From start to finish, the record is ambitiously and gorgeously picturesque, ceaselessly enveloping the listener in sophisticated and idiosyncratic woodland joys.

All Tree is immediately awe-inspiring in terms of its brooding and slowly paced magnificence. For instance, the twenty-three-second opening chant, “Blessing,” reveals an incredible burst of male/female harmonies that instantly recalls ‘70s influences like Fairport Convention and Steeleye Span. Afterward, the patient “Old Tree” offers a serene acoustic ballad filled with haunting guitar arpeggios and strings, whereas “Visions of A.O.S.” is a ghostly instrumental interlude filled with ethereal sounds in conjunction with woodwinds and other genre timbre staples. In contrast, “A Sylvan Sigh” is relatively hopeful and pleasant—with great use of more strings—while “Birthmark” is easily among the most emotionally urgent pieces of them all. Near the end, “Journey to Carnac” is slightly celestial due to its subtle yet consistent starry keyboard notes, while the crackling fire within “Liminal Night” makes it quite pacifying. Of course, “Closing Circles” ends All Tree exceptionally well, its somber sparseness successfully yielding a fatalistic dirge that rewards further contemplation.

Of course, the LP also features some feistier and fuller standouts, such as the arresting “Changeling” and “Ancient Astronaut” (both of which are wonderfully multilayered and catchy rockers). Later, “Wilderness Spirit” packs more of a jubilant bluegrass punch within its sing-along allure before “Otherworld Envoy” cleverly introduces minor electric guitar dissonance into All Tree’s mostly bucolic foundation. Arguably the most infectious entry of them all, however, is “Son of the Sky,” a sleekly dynamic treasure whose elegant shifts between comfortable pensiveness and panicked catharsis are utterly masterful.

Clearly, every piece of the All Tree puzzle succeeds not only as its own special gift, but also as a crucial component of a very singular and cohesive cumulative statement. It’s quite involving and technically impressive vocally, and the surrounding arrangements are just as captivating and wide-ranging. Thus, Hexvessel once again solidifies themselves as a distinctive and rewarding unit whose blend of stylistic conventions and innovations both placate and progress the boundaries of modern folk music.

Any One of Us SXSW Film Review