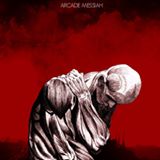 With its complex aggression and imaginative constructions, the debut LP by Arcade Messiah will leave listeners breathless and blown away.

As the frontman of English outfit KingBathmat, vocalist/guitarist John Bassett has already established himself as one of the most promising artists in progressive rock (seriously, check out Overcoming the Monster if you haven’t yet); likewise, his latest solo effort, Unearth, which was released earlier this year, proved that he’s a masterful songwriter even without elaborate arrangements and eccentric timbres. Recently, he released an album under yet another moniker, Arcade Messiah. A beast with plenty of sharp tones, hectic rhythms, and cool moves, Arcade Messiah is a refreshing take on guitar-driven instrumental music.

Bassett describes the project as a combination of “metal, stoner, doom, and progressive post rock,” and within the first few seconds of album opener “Sun Exile,” one can tell how accurate he is.  Dynamic, biting, and wildly inventive, the track bursts with passion, ferocity, and skill. The initial electric guitar pattern is complemented by thunderous percussion and thick riffs, culminating in a dense sound that’s hard to ignore. Eventually Bassett layers more tones onto the palette, including some devilish yet spacey effects and arpeggios, all the while keeping the arrangement grounded with a strong sense of order and purpose. Its quieter moments provide a nice sense of sentiment, while its most chaotic sections evoke touches of System of a Down, Mastodon, and Tool. It’s a hell of an opener.

Further on, “Traumascope” is more methodical and accessible, offering a stronger sense of place in favor of fewer eruptions of spontaneous fury. As usual, it’s fascinating to hear how Bassett elaborates on his foundations as the song goes on, pinpointing specific moments to include another layer or scale back a previous one. In contrast, “Aftermath” begins softly and mysteriously, with ominous echoes adding a sinister, futuristic coating to his loops. Seeing as how its situated precisely in the middle of the album, it no doubt serves as an appreciated calm between two storms. It’s easily one of the most gripping and unique pieces here.

In addition to its clever alliteration, “Everybody Eating Everyone Else” is arguably the most multifaceted track here. It begins in the aftermath of, well, “Aftermath,” with a continuation of the latter’s ethereal emotions. It then kickstarts into a frantic call to action, suggesting shades of Between the Buried and Me in the process. Interestingly, “The Most Popular Form of Escape” feels a bit retro, with a clear connection to ‘70s rock ‘n’ roll and blues. Still, this is progressive metal through and through, as the interplay between syncopation and six-string counterpoints recalls Cynic as its best. Finally, “Roman Resolution” concludes Arcade Messiah brilliantly, showcasing a few final explosions of awesome intricacy and flair.

By the end of Arcade Messiah, listeners will be left breathless but blown away. Despite some inherent repetitiveness and redundancy that comes with the style, there isn’t a wasted second here. Bassett is a dominating and diverse force in every project he undertakes, so while those looking for something more gentle and varied may be disappointed, there’s no doubt that Arcade Messiah will satisfy anyone looking for several slices of complex aggression and imaginative constructions.