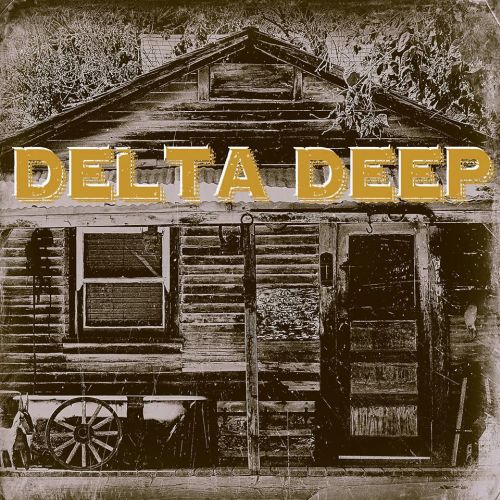 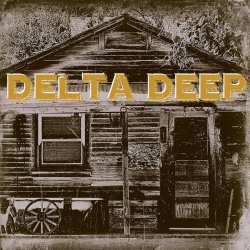 Phil Collen of Def Leppard and his talented bandmates revitalize the blues-rock genre on an accomplished and involving album.

Phil Collen, best known as the lead guitarist and backing vocalist of the rock band Def Leppard, unveils his deep and enthusiastic appreciation and knowledge of the blues genre with his music project Delta Deep.  He has enlisted the talents of several well-known artists on a rich and rousing self-titled debut album that is steeped in the blues-rock style.  Rob DeLeo (bass) of Stone Temple Pilots, Forrest Robinson (drums) of TLC, Indie.Arie, and more, and grande dame Debbi Blackwell-Cook (vocals), who has sung background vocals for Michael Buble, Luther Vandross, and Gregory Hines, join Phil (vocals, guitars) in a bid to revive listener respect for and interest in the ‘true’ blues and its originators on a highly polished, accomplished, and involving album that doesn’t shy away from incorporating a generous helping of electrifying rock guitar to its stewing blues platter.

Phil and his collaborators have surrounded themselves with some big-name guest artists like Paul Cook (Sex Pistols) on drums and Simon Laffy on bass on “Black Coffee”, David Coverdale (Whitesnake) on duet vocals with Debbi on “Private Number”, Phil’s Def Leppard bandmate Joe Elliott on vocals for a duet with Debbi on the remake of the classic “Mistreated”, and CJ Vanston on organ for “Burnt Sally”.  Eight out of the 11 songs on the diverse Delta Deep were written by Phil, his wife Helen, and Debi and Phil also produced the album.  The band has made 3 tracks available for listening on SoundCloud (“Down In The Delta”, “Mistreated”, and “Private Number”) before the album’s release date of June 23rd on Mailboat Records.

Torch number “Whiskey” shows off another side of the multi-faceted album, as a wash of subdued, brushed drums and velvety cymbal shimmer form a plush bed for Debbi to lay down her rueful vocals.  She swoops through the lyrics “Don’t know what to do / Don’t know where to go.” with a knowing attitude while little licks of electric guitar spark around her.  Lead single “Down In The Delta” rocks dangerously with low-tone bass line funk, growling rock guitar lines, high impact drums and cymbals, and Debbi bemoaning her plight down in the delta where “You put me in a hot place… / Force my hand / twist my mind / What is my fate?”  She digs in deeply, ripping out her vocals midway through the track as Phil shows off his chops on a blazing, albeit brief, guitar run.

“Treat Her Like Candy” is a bit of fluff lyrics-wise, but the sonic result is tasty.  Liquidy to brusquely picked, bluesy electric guitar notes are anchored by a smooth bass line while shaken percussion and a brisk beat lighten it up.  Phil and Debbi twin and alternate on vocals with Debbi breaking out of the mellow vibe on occasion, exhorting that she’s “…a lovely sugar delight / There’s only one way to please her right.”  A searing rock guitar line and kinetic drum beat start off “Miss Me”, a mostly middle-of-the-road rock number that has a standard Def Leppard feel to it.  The vocals from Phil and Debbi are direct and at medium range; there are no fireworks until near the end when Debbi lets fly some wordless exclamations against a high-flyin’ guitar line.

CJ Vanston makes an appearance on organ on the smoldering, electric blues of “Burnt Sally”.  Done in traditional style, Debbi modulates through the lyrics, shaping and pressing out her words, telling the story of Sally who sits around all day, “smokin’ the blues”, because “She ain’t never gonna recover… / ‘cause a man broke her heart in two.”  Bluesy guitar riffs ring out against the vibrant, reverb organ notes, driving home the low-down dirty point of the song.  Eric Clapton-like guitar lines flourish on the by-the-numbers duet “Private Number”.  David Coverdale cuts through with his slightly gravelly exclamations, while Debbi answers his call with her own vociferations, agreeing that “Yes, you can have my private number.”  Unfortunately, the verbal call-and-response is all a bit too staid to generate much excitement.

It’s time to get riled up on the up-tempo “Shuffle Sweet”, a delightfully fiery, rockin’ tune where Phil and Debbi get down and dirty on their traded vocal lines.  The drum pace and percussion are propulsive (There may even be some cowbell hidden in there!), the guitar and bass lines are loose and flowing, and Phil and Debbi are in top form, roaring through naughty couplets like “You’re getting under my skin.” (from Phil) and “You know you want to get in.” (from Debbi).  When Debbi belts out “Get down and get in my groove.” the only response is an enthusiastic “Yes, ma’am!”

“Black Coffee” features Simon Laffy on bass and Paul Cook on drums and it simmers with growling guitar licks, stealthy bass lines, and a pronounced drum beat.  Phil takes the lead on vocals, sing-talking in a frayed-at-the-seams, but still vital tone that ‘black coffee’ “…is all I want / is all I need… / Just give it to me.”  The lyrics and their sexual innuendo are a little too simplistic, but the music and vocals shine through, and yet again Debbi shows how integral she is to the sound and attitude of Delta Deep, even when relegated to the back burner of supporting vocals.

The funk takes over on “Feelit” with its deep bass line groove, tambourine jingle, and light handclaps.  The laid-back 70s vibe extends to the positive-power lyrics as Debbi proclaims “I finally know who I am / It’s so good to be me.”  On the whole, the song feels slightly half-baked, lyrically with its “la-la-las”, vocally with its tossed-off tone instead of a carefree delivery, and sonically with its unfocused atmosphere.

The blues-rock lament and remake of the classic “Mistreated” lays down a bottom-heavy, slow-marching pace of bass, drums, and cymbals.  Roiling electric guitar lines mimic the emotional turmoil of Joe Elliott, on guest vocals, and, especially, Debbi’s dramatically howling vocal gale.  Joe and Debbi join on certain vocals lines, stalking through “Yes, I know I’ve been mistreated.”, but it’s really Debbi’s show and she goes solo on large swathes of the song, crying out vehemently to the skies for all the torment, heartbreak, and blues that she’s had to endure throughout her life.  It’s a command performance backed by intricately played, raw guitar riffs that mirror Debbi’s battered, but unbroken spirit.

A Light in the Dark