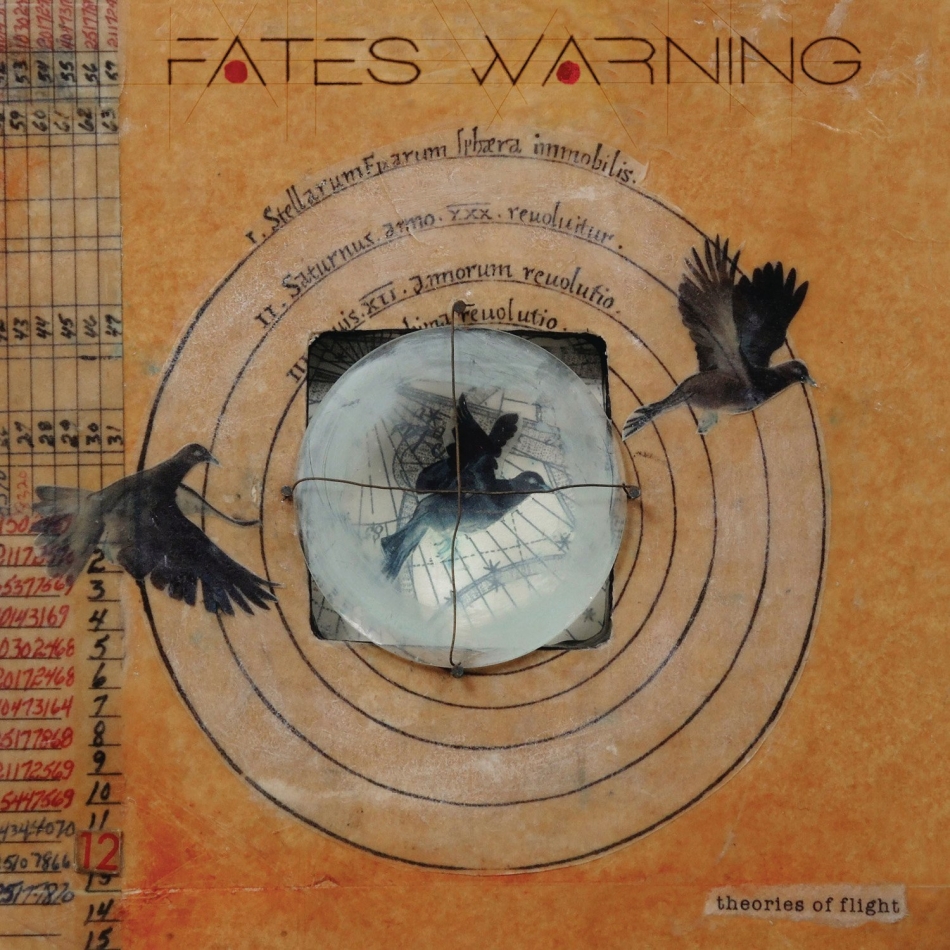 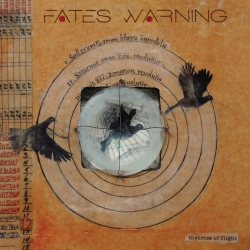 ‘Theories of Flight’ is quite satisfying, yet it doesn’t do anything new for the band or the genre.

Formed in 1982, American outfit Fates Warning is commonly considered a pioneer of progressive metal (in fact, they, alongside Queensrÿche, directly influenced Dream Theater). Considering how many impactful and respected albums they’ve released over the past three decades, it’s fair to say that they’ve perfected the style as much as any of their contemporaries, which is why it’s not surprising that their twelfth studio record, Theories of Flight (which follows 2013’s Darkness in a Different Light), is so self-assured, engaging, and intricate. It maintains all of the subtle nuances that make Fates Warning stand out, such as particularly emotive vocals and dynamic passages, culminating in an unexpectedly invigorating and consistent sequence. That said, though, it also feels very safe and familiar, as if Fates Warning is complacent to merely satisfy, rather than challenge and push, genre conventions.

Currently, the quartet consists of Jim Matheos (guitar), Ray Alder (vocals), Joey Vera (bass), and Bobby Jarzombek (drums). Of the album, Adler reflects that “there were many different versions of the songs . . . the material is, I believe, heavier than what people are used to from us . . . we wanted something different than ‘Darkness’ but something that still carried a lot of melody.” Likewise, Matheos states that the working title for the disc was The Ghosts of Home until he “came across the piece that’s now the cover and it was called ‘Theories of Flight.’ In fact, the title you see on the cover is part of the original art, not something we added.” There’s also a “loose” theme related to “various uprooting, escapes . . . flights” running throughout the album.

The collection kicks off with “From the Rooftops.” Tribal percussion, Floydian guitar strums, and a biting lead guitar riff set a poignant stage on which Adler’s pained verses lie. It’s very elegant and meaningful. Afterward, however, a fury of rhythms, fiery riffs, and aggressive singing take over; while it’s certainly a tight, appealing, and powerful arrangement (especially with the backing harmonies), it’s also kind of generic overall. Fates Warning may have started this sound, but it’s been done so many times over the years that it comes off a bit run-of-the-mill here. Still, they do it better than almost anyone else, so there’s that.

“Seven Stars” is more radio-friendly and anthemic, while “SOS” features a gripping and multifaceted middle section that showcases how well the group balances temperaments. One of the longest tracks here, “The Light and Shade of Things,” is also one of the strongest, as its initial moody delicacy evokes the patient ambience that made 1997’s A Pleasant Shade of Gray so special. Thankfully, its more bombastic moments are sufficiently riveting and surprising, too, with a dense chorus that gets under your skin in the best possible way. Its latter half returns to vibrant sentimentality, allowing hypnotic guitar lines to clash with acoustic guitar chords and soaring outcries. Really, it’s a self-contained tour-de-force.

Following a couple more heavy hitters (“White Flag” and “Like Stars Our Eyes Have Seen,” both of which burst with call-to-action layered melodies and hyper instrumentation), the penultimate piece, “The Ghosts of Home,” like “The Light and Shade of Things,” utilizes its ten minutes for effective multi-section spectacle. Fragile arpeggios decorate Alder’s raspy croons before thunderous rhythms and sharp guitar patterns fuse into inventive and enthralling fury. Around the seven-minute mark, a relatively spacey movement takes over, engulfing the listener in subtle solace briefly before returning to its full-bodied form until the end. As for the title track, it finishes Theories of Flight on a somber note, with mournful acoustic guitar arpeggios complementing distorted voiceovers for the first half or so. Absorbing percussion and a piercing guitar solo subsequently blend in for a livelier mixture, only to dissolve into the original arrangement for the final third. It’s actually a very moving coda that gives the entire journey added conceptual significance.

In many ways, Theories of Flight is exactly what fans of Fates Warning (and, to a larger extent, the style in general) expect; each element falls perfectly in line with the band’s identity, and they deserve applause for creating something this good this far into their career. However, there’s a sense of sameness here, too, with many of the techniques they helped pioneer now feeling like undistinguished clichés. Of course, they can’t be held entirely accountable (it’s not their fault that countless successors have employed the same techniques since 1982), yet it nevertheless keeps the record from feeling as fresh as it should. In other words, it’s a satisfying but not superlative effort.

“See Right Through You”

Native Gold - A Man We All Admire EP