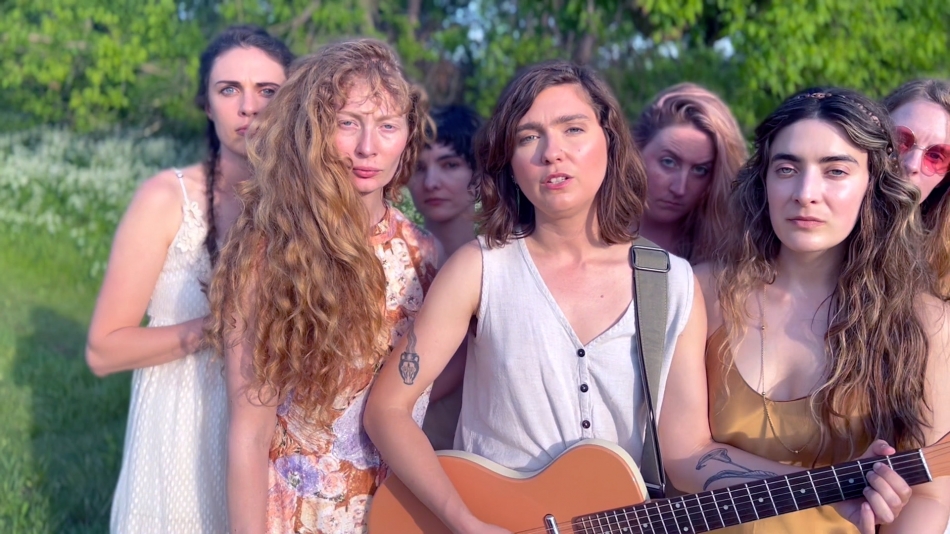 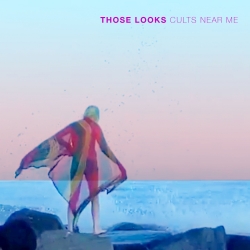 Lambertville NJ Indie Rock band Those Looks offer up their first official video from ‘Cults Near Me’ and it’s Cult-ey!

Those Looks formed in 2018 in the wilds of western New Jersey, making velvety indie dream pop with tinges of grunge, surf, and country. The band, Kelly Bolding (lead vocals and guitar), Sylvia Barrantes (lead guitar and vocals), Randall Newman (bass and vocals), and Shaun Ellis (drums), are set to release their debut full-length album, Cults Near Me, with Mint 400 Records on November 11th, 2022.

Just last week, they dropped two singles from the album, “Hymnal” and “I’m Fine.” The accompanying video for their single, "Hymnal," is premiering here at RebelNoise.

Written from the perspective of a cult leader or a lover (you pick), “Hymnal” lures the listener into a plot to abandon the old self and start anew. As the video opens, we see a group of followers decked out in their best beiges emerging from the woods into a field. What ensues is a ritual of mirrors, rocks, and clouds. The video’s extensive cast is a who’s-who of local musicians, artists, and business owners in the twin Delaware river towns of Lambertville, NJ, and New Hope, PA.

The band worked with Trina Bardusco, an award-winning producer and director whose work has been featured on HBO, Yahoo, and V-me, who also shot much of the video in collaboration with photographer and musician Matt Ward. Bardusco says, “Those Looks’ music creates an atmosphere that invites you to go within. It doesn’t just make you feel good; there is something mysterious, a tinge of the ethereal that I am naturally drawn to. I was doubly impressed with the community of talented friends who supported them and were instrumental in making the video.”

You can catch Those Looks at the Milky Mansion in New Brunswick, NJ, on October 14th, the Asbury Hotel in Asbury Park, NJ, on October 28th, and at their record release show at John and Peters in New Hope, PA, on November 12th.