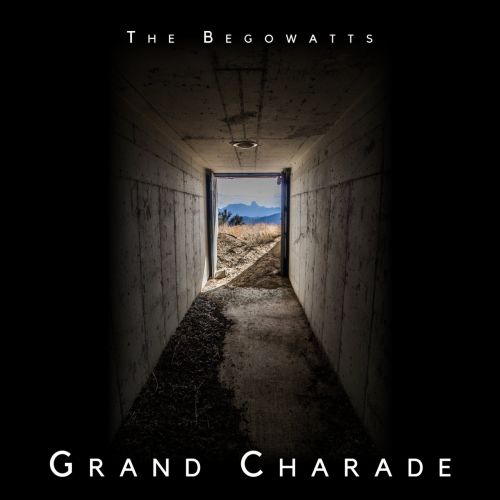 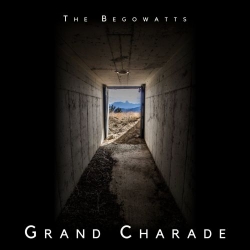 Now The Begowatts has released its second EP titled Grand Charade, consisting of six songs that were composed during the rocky road to the latest US Presidential election.  David French (lead guitar, vocals), Ben Tofflemire (rhythm guitar), Aaron Androsky (bass, percussion), and Dan Carpenter (drums) took their political and social disillusionment and put it to song.

EP-opener “Why Don’t We Dance” hints at melodic ‘80s rock and pop with its mid-tempo pace, fluid guitar lines, shimmering cymbals accents, and a reflective atmosphere.  French sings in a direct, but regretful tone, “I wake up / but I can’t get out of bed… / Are we alive or are we dead?”, a fitting feeling in the aftermath of the election for sure.  As the lyrics dive deeper, French intimates with lost hope that there’s nothing else to do, but escape through dancing our troubles away.

Kicky “Kids On Parole” references The Clash and Queens Of The Stone Age, radiating a cool punk energy.  French’s potent exclamations of “But we’re got ourselves to believe in” renews hope in expression and protest.  He emotes with a laid-back, tossed-off delivery akin to Josh Homme amid the kinetic drum beat and a late-in-the-game blazing guitar riff.

The EP’s title track simmers with a lightly roiling rhythm led by the bass line and drum beat.  Reverb guitar lines circle around French as he wonders, “Are we just dreamin’ / or are we livin’ the dream?” on the chorus.  “The Road” crackles with lively energy as a propulsive drum beat pushes along the rubbery bass line and keen, searing guitar lines as French declares, “You gotta live for yourself / This road is long.”

Progressive rocker “Gaslight” mixes mellow and rough guitars as it segues from the starting fast-stepping drum beat and quick-ticking cymbals taps to a slower, winding guitar line passage.  As the guitars wander and expand, the fire is kept lit by the song’s restless rhythm.

Grand Charade ends with the rallying cry opus “You and I”, which begins with silky guitar lines, airy wordless vocals, and bluesy guitar lines touched with a bit of grit.  French sings in a bittersweet tone, “You reach for the darkness / to be your only friend.” while burning guitar lines lift up his despondent tone.

Referencing the division that is plaguing the nation, he intones, “…I’ve got mine and you’ve got yours”, followed by the more positive upshot that, “You’ve gotta move beyond it” and to, “come together.”  A dramatic guitar line rises like a phoenix from the ashes before a contemplative cycle of acoustic guitar caps off the lyrically insightful song. 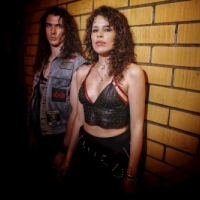