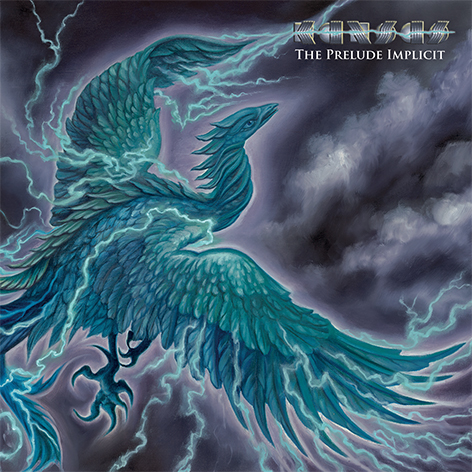 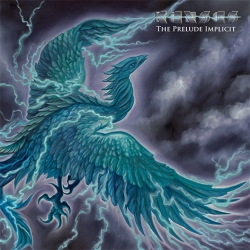 Kansas’ triumphant return is more impassioned and multilayered than many fans may’ve expected, yet it’s also fairly forgettable and predictable.

Formed in Topeka roughly forty-five years ago, Kansas reigned during the mid ‘70s as [one of] the premier American progressive rock band(s). With remarkable records like Song for America (1975), Leftoverture (1976, from which “Carry On Wayward Son” comes), and Point of No Return (1977, from which “Dust in the Wind” originates), it’s easy to hear why. In fact, the ensemble stayed fairly active until the new millennium, releasing its fourteenth LP, Somewhere to Elsewhere, in 2000. Since then, however, the group has been relatively dormant.

That is, until recently, when the septet—which includes original drummer Phil Ehart, original guitarist Richard Williams, and longtime violinist/guitarist David Ragsdale—announced its fifteenth LP, The Prelude Implicit. For the most part, fans have been excited yet modest in their expectations, which has proven to be the wisest approach, as the collection is engaging, vivacious, and confident, yet also not as complex, adventurous, or impactful as Kansas’ best work (which, to be fair, was never really a genuine possibility). It’s not essential or surprising, but it’s enjoyable enough to show that the members still have some spark after all these years.

Opener “With this Heart” sets the stage well for what The Prelude Implicit has in store. Frantic percussion leads rich piano chords as lead singer Ronnie Platt belts out his inspirational verses with great sincerity and tone. Soon after, electric and acoustic guitar strums fill in the spaces, as do subtle harmonies during the choruses. Halfway through, Ragsdale offers a sorrowful solo over a slightly intricate arrangement, which then dissolves to allow a vocal/piano combo to seize the spotlight before the rest of the band storms back in. It’s an effective, if innocuous, venture (which is true for the whole set, more or less).

Fortunately, “Visibility Zero” packs much more of a punch, both in terms of its timbres (explicitly, guitar and keyboard ferocity) and dynamic shifts. (It’s also more symphonic.) Elsewhere, “The Unsung Heroes” is another powerful ballad that finds Platt really revealing his range, while “Rhythm in the Spirit” evokes “Song for America” in several ways (such as Ragsdale’s backing riff and Platt’s gripping melodies). Afterward, “Refugee” is an arid and dismal lament highlighted by luscious harmonies (one of Kansas’s most beloved trademarks), moving arpeggios, and genuine tension (especially at the end, when bassist Billy Greer provides a cautionary foundation on which echoed guitar notes and haunting ambience rest).

The record’s lengthiest track, “The Voyage of Eight Eighteen,” is also its most progressive, harkening back to classic Kansas in its multifaceted intricacies and colorfulness. Specifically, there’s plenty of instrumental fury and magnificent textural wonder in-between its peaceful verses, all of which the band interweaves smoothly. “Camouflage” is another beast whose mid-section elegance ranks amongst the album’s best moments, whereas “Summer” recalls “Carry On Wayward Son” in its continuous stylistic changes and driving momentum. From its opening piano treatment to its ensuring thunderous percussion and piercing strings, “Section 60” concludes the sequence with a soaring sense of soul and triumph until the very end, when lone marching drums and occasional thumps leave listeners in emotional contemplation.

The relative safeness and streamlined quality of The Prelude Implicit isn’t too surprising given the combination of Kansas’ lengthy career and the ever-changing landscape of the dominant music scene. Although it’s missing some of the variety, uniqueness, and complexity of its earliest predecessors (which, again, is understandable), it never devolves into the kind of commercial garbage that some of Kansas’ contemporaries (like Genesis and Yes) made in the ‘80s. Rather, it, like, say, newer Spock’s Beard, simplifies and modernizes the group’s sound while keeping enough emblematic staples to retain its identity. In other words, it’s more impassioned and multilayered than many fans may’ve expected, yet it’s also fairly forgettable and predictable.