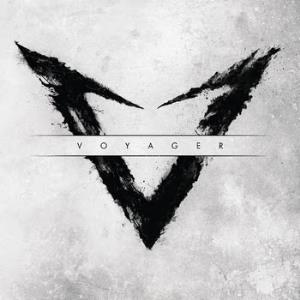 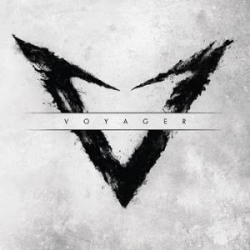 ‘V’ doesn’t really offer anything that you haven’t heard before, but it’s more nuanced and memorable than a lot of other progressive metal, so it’s worth looking into for that alone.

Although it doesn’t really get apt credit for it, Australia is home to many worthwhile prog acts, including Karnivool, Unitopia, Syzygy, Dead Letter Circus, and Perth quintet, Voyager. The latter’s sound is more theatrical than that of most of its most peers, yet they never indulge in the egoistic virtuosity of Dream Theater or the operatic emphasis of Ayreon and Kamelot (for the record, though, I’m a huge fan of all of them). Over the last decade or so, the group rose quickly to critical and commercial acclaim within the entire European scene, and if their newest release, V, is any indication, it’s not difficult to hear why. A dense yet catchy powerhouse of thick harmonies, quick riffs, and bombastic percussion, it’s guaranteed to please any fan of the genre.

Opener “Hyperventilating” is arguably the most immediately satisfying track on the disc, as its chorus is surprisingly enthralling, with singer Danny Estrin layering his voice exceptionally. Its dynamic shifts are also impressive and distinct enough to make the contrast between them notable. Aside from that, the track features the usual style staples, such as aggressive rhythms and speedy keyboard and guitar passages. In particular, the heaviest Devin Townsend comes to mind. “Breaking Down” is a bit more anthemic yet commercial, while “A Beautiful Mistake” features a new duet between Estrin and an angelic female vocalist.

Further on, “Embrace the Limitless” is led by an optimistic keyboard pattern that recalls early NES theme songs (sorry but it’s true).  It’s a fairly uplifting song melodically too, with a call for possibilities that sucks listeners in. “Orpheus” manages to slow down during the middle to let listeners catch their breath, while “Peacekeeper” offers the most variety in terms of timbres; its blend of rock and electronic instrumentation makes it feel quite vibrant. Of course, there’s also the token piano ballad in the form of “Summer Always Comes Again,” and it evokes the impassioned cries for justice that Coheed & Cambria excels out. “Seasons of Age” returns to the insanity for a fitting conclusion to the record.

Honestly, V doesn’t really offer anything that you haven’t heard before, but it’s more nuanced and memorable than a lot of other progressive metal, so it’s worth looking into for that alone. As usual with the genre, there’s a sore lack of diversity between songs, so it’s difficult to differentiate between songs for the first few listens. Their hooks, however, are usually really strong, which is rare considering how many technical acts emphasis playing over everything else. Overall, Voyager is a great band doing what a lot of other bands do; they just do it a bit better.