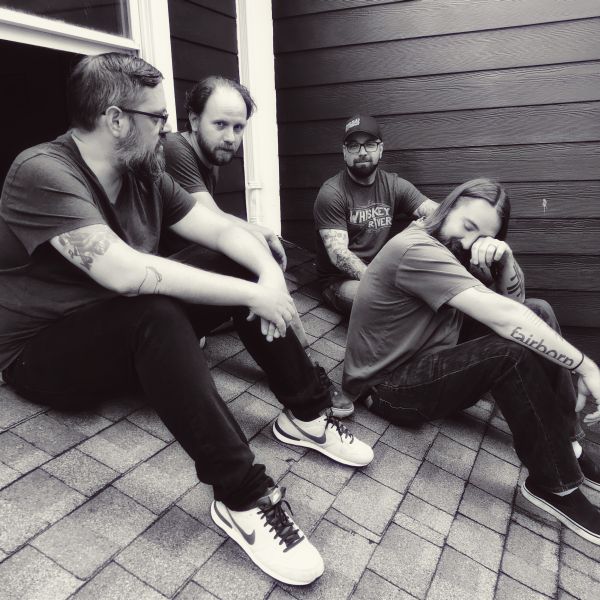 Dayton, Ohio's The 1984 Draft, a band who channels American rock sensibilities through a ‘90s-tinted punk and indie lens, is set to release the Makes Good Choices album on August 24th via Ohio-based Poptek Records.  The LP was recorded by Pat Himes, whose credits include Ryan Adam's legendary Heartbreaker album. The band is recommended for fans of The Replacements, Beach Slang, The Smoking Popes, and Sugar.

For those unfamiliar with The 1984 Draft, or its primary singer/songwriter Joe Anderl, few Ohio-located musicians have enjoyed the opportunity to support as broad and diverse a list of nationally and internationally recognized musicians as Anderl has with his various solo and band endeavors over a 20-year career.

To name just a representative sample, Anderl’s supported everyone from indie rock heavies like Beach Slang, Radar State, Maritime, Maps and Atlases, The New Amsterdams, The Wrens, Murder By Death, and Limbeck, to celebrated songwriters like John Vanderslice, Richard Buckner, party rocker Andrew WK, and even punk and hardcore heavies Ink and Dagger, Off With Their Heads, Everytime I Die, and H2O.

Rebel Noise is pleased to host the premiere of The 1984 Draft’s powerful and passionate album Makes Good Choices. Strongly up-tempo storytelling songs are filled with crunchy, fiery guitar riffs, a running, supple bass line, enthusiastically pounded out drum beats, and Anderl’s heartfelt vocals. A true rock ‘n’ roll sonics record with positive, punk spirit and reflective folk lyrics, Makes Good Choices doesn’t let up for a second and is a hopeful and uplifting voice for what the future can hold.

Here is what Anderl had to say about Makes Good Choices:

“Makes Good Choices is a record that is a long time in the making.  The songs span the last 10-15 years of our songwriting.  This is the first record with a new lineup in place (Joe Anderl - vocals, guitar; Justin Satinover – drums; Eli Alban – guitar; Chip Heck - bass), so we are excited for people to hear it.  The major theme of the record is settling into a positive place in life where family and friends take the center.  It’s about embracing this phase of life and everything that comes with it.  It is about overcoming the struggles and disappointments of your 20s and 30s and settling into that point in life where you are happy and content.  For me, it’s about redemption and positivity.”

Below is a track by track description of the album as described by Anderl.

"Jan Kawolski "– “The idea for this song was inspired by my son.  One day he was singing a song about Jan Kawolski (the one captured at the beginning of the album), an obscure secondary character from the movie Planes.  This song is about our relationship and seeing the world through his eyes.”

"Lately" – “This song is about is about trying to be better.  It’s about taking time to rest and cutting out the bad things that keep you from doing so.  I don’t think a lot of us do that enough.  This song captures some of those moments of my own.”

"Miss Ohio" – “"Miss Ohio" is the oldest song on the record.  It was on a previous Universal Walkers record and had a much more folksy vibe.  This song is about giving up.  I thought it was important to include on the record to show how far I’ve come personally from that point in my 20s.”

"Morrissey of Mandys" – “One day my wife was being sad about something.  She told me she was just being emo.  I said she was the “Morrissey of Mandys” (her name is Amanda).  We got a kick out of it so I wanted to work it into a song.  This song stemmed from an idea our bass player Chip was working on in practice.  I took 15 minutes to write some lyrics down and when I came back our drummer Justin had written the chords to the chorus.  This one is definitely a full band effort from the music-writing perspective.”

"Honest" – “This song is about wanting to quit playing music, but knowing you can’t.  It’s really a thank you to everyone who has stood in front, sang along, bought merch, or encouraged us in any way.  Without them we wouldn’t still be doing this.”

"Wedding" – “I wrote this song the night before I got married.  It’s about how my wife is awesome and makes me a better person.  I am in an extremely good place because of her love and encouragement.”

"Lutheran Heat" – “This is the last song written for the record.  We had literally played it three times before we recorded it.  It’s a fun banger that includes stories about my family.”

"Red Dress" – “When my wife and I were dating we went to a wedding together.  She was wearing a red dress and looked drop-dead gorgeous (she still is).  This is about falling in love while not feeling like I was on her level.  I definitely married up.”

"Megaphone" – “This is one of those songs where you just think the words sound good together.  My roommates and I had a megaphone in college.  We caused a lot of chaos with it while hanging out of our kitchen window, which overlooked a liquor store in Athens, Ohio.  They couldn’t see us, but we could see them...”

"Lisbon Falls" – “I have family from Lisbon Falls, Maine.  We were spending time in New Hampshire with them when I wrote this song.  It was about taking a break from life.  I guess I have a couple songs about taking breaks… I should probably do that more often.”

On the August 24th release date, Makes Good Choices will be available at all digital outlets, including The 1984 Draft’s Bandcamp: https://the1984draft.bandcamp.com/