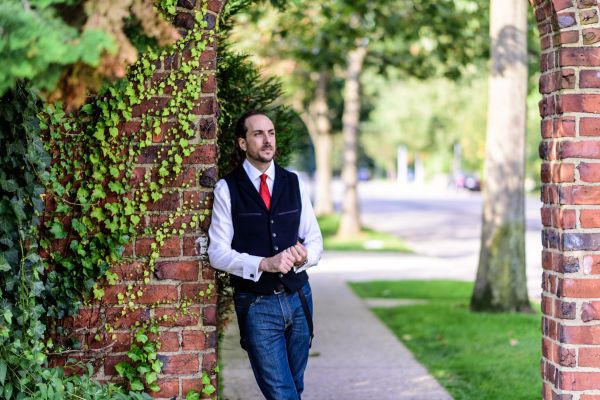 The mastermind behind the project, David Dodini, graduated with honors from the San Francisco Conservatory of Music and completed his masters at the Biella Conservatory’s Scuola Niccolo Paganini in Biella, Italy.

In 2016, Orissa brought the music from the studio to the stage when Dodini attracted the best musicians from NYC’s progressive, metal, and rock communities to play live, including Trans Siberian Orchestra, Neal Morse Band, Stratospheerius, Book Of Mormon, Dyed In Grey, Haakons Fault, Emergence, and Astronaut Down.

Orissa was created in 2010 by Dodini, a virtuoso singer, guitarist, and bassist, who writes, arranges, and performs all the parts on Orissa’s records.  Born out the of desire to explore inner creative space and create a distinctive, cathartic, deeply personal, and therapeutic art, Dodini abandoned the strictly classical background and delved into his own songwriting, fusing his classical training with his love for jazz, Balkan, and other ancient rhythmic traditions. These styles translated into Dodini’s immersion into metal and progressive music, as the genres carry numerous parallels.

Orissa released its debut EP, Omens, in 2012, on which Dodini played all the instruments and was backed by Dan Walsh on drums. Omens was mixed by Stacey O’Dell (Killcode, Panzie, Awaken), and mastered by Chris Muth of Taloowa. Orissa launched two additional singles in 2013 as The Musical Offering. They were mixed and mastered by Patrick Derivaz (Jon Scofield, Jeff Buckley, Meshell Ndegeocello), and released to support a Kickstarter campaign. In turn, Kickstarter raised over $20K to fund the album Resurrection, which features Dodini’s vocal and instrumental arrangements and performances, as well as drummer Jason Gianni (Trans Siberian Orchestra, Neal Morse, Book Of Mormon).

The ever-active and creative Dodini currently has two new music videos in post-production, a series of lyric videos, and also a series of instructional videos for guitar, bass, and drums that highlight writing and arranging and applications of classical compositional elements and technique.

Dodini will also soon begin regional touring to support Resurrection, writing his next album and, to mix things up a bit, working as a solo artist on a couple of electronic songs.

For now, immerse yourself in the metal, rock, and more worlds of Orissa’s Resurrection and be ready for, as Soudcrave Magazine puts it, “…more than just metal. I hope the world is ready for this.”