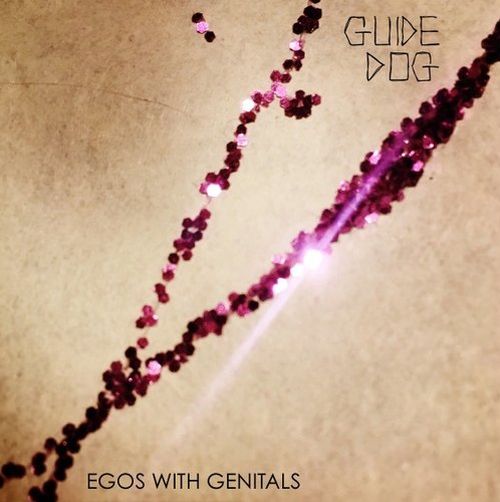 Wales-based grunge/garage rock band Guide Dog leaps hard and high into the music world from its band members’ previous musical history. Peter Roberts (vocals, guitar) and John Maloney (drums) met at school and comprised one-half of the band Robots In The Sky.  Ian Russell (bass) joined up and the act changed names to People In Planes.

Roberts ended up moving to London, helping form the first incarnation of Cold Specks (MUTE), and during his time making and touring for the first two Cold Specks albums, the idea of Guide Dog sparked.

At the end of touring, Roberts teamed back up with Maloney to work on new material as a garage rock two-piece with a loop pedal as the third ‘member’.  Soon Russell was back in the mix too, bolstering the line-up of Guide Dog, its dynamic, grungy, and gritty sound and sharp-edged, thought-provoking lyrics.

Guide Dog’s debut album, Lovely Domestic Bliss, is out now and was produced by long-time collaborator Dan Austin (140db) and was recorded in three days at Rockfield Studio.

The alternative rock band is unleashing the single “Egos With Genitals” and its B-side “Bin Juice” on December 8th via Hi-Vis Records.  “Egos With Genitals”, which Rebel Noise premieres here, along with its B-side, is a sprawling, grungy, tongue-in-cheek narrative on the perils of your mid-thirties, parenthood, and working in accounts in the construction industry.

And for added visual attraction (or, well, distraction), take a look at the amusing video for “Egos With Genitals”: