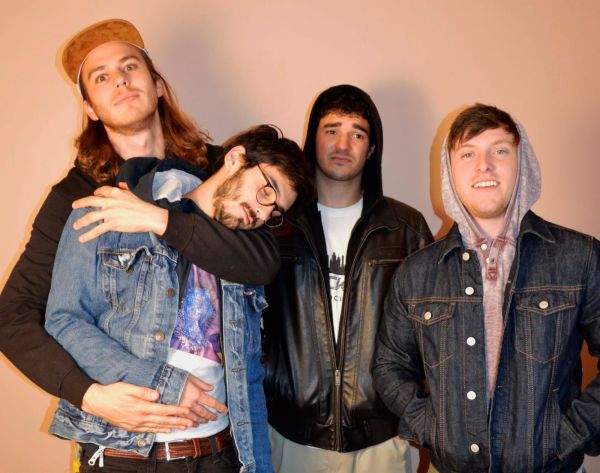 Take neo-progressive rock, then add a modern touch to the old-school styles of garage rock and surf pop and you might come close to discovering the hybrid sound of Tampa, Florida-based Phantom Phunk’s self-described genre, ‘graveyard pop’, which is full of rich acoustics, lively energy, and perceptive themes. Phantom Phunk is releasing its dynamic and dazzlingly second album, Turtle Stand, today via Harmonic Factory and Rebel Noise is excited to premiere the LP in its entirety.

The band members explain, "The listener can expect a homegrown feel. Rather than trying to push our songs to their potential we just let them unfold naturally, in a way that's more representative of our true selves. As a result, the sonic feel of the album is more raw, and closer to rock and roll than we intended, but still a very different spin on what feels familiar. The moods within the album are largely inspired by divisions within the band. Creative differences began to have an erosive effect on our morale which took our music to a dim and fractious place. At the same time, those wedges allowed for attempts at more upbeat and optimistic tracks which helped lighten the mood too."

While the album is deeply personal in nature, it also explores an analog-‘90s kind of vibe with influences from renowned bands like The Killers, Arctic Monkey, and The Flaming Lips.  The LP’s mastering by Abbey Road’s Frank Arkwright is also evident, as well as the effect of living in Florida, with the band stating, “We chose [to create] songs that reminded us of home, I think. That’s because our home is thick and swampy, kind of like our album.”

Turtle Stand is a wild rollercoaster ride of collective and individual experience. It starts off with “Back Seat Sax”, an adrenalized, get-away-car-themed instrumental. Up-tempo, foot-stomping single “My Hands” is a stunning shape-shifter veering between a groovy calmness and a hyperactive angst. Grunge and noisy guitar distortion runs rampant in “Paper Neck”, while psychedelic ‘60s vibes waver through the trippy “Steep Your Body.” “People Watcher” concludes the lyrical journey with some introspection on how we get along as human beings. The album exits with “Arecibo’s Lullaby”, a gentle chant rich with harmonic overlays, yet grim undertones.

The members of Phantom Phunk may be ordinary people living ordinary lives, but they create music with passion and they’re ready to rock your world. 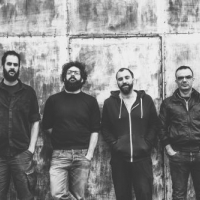