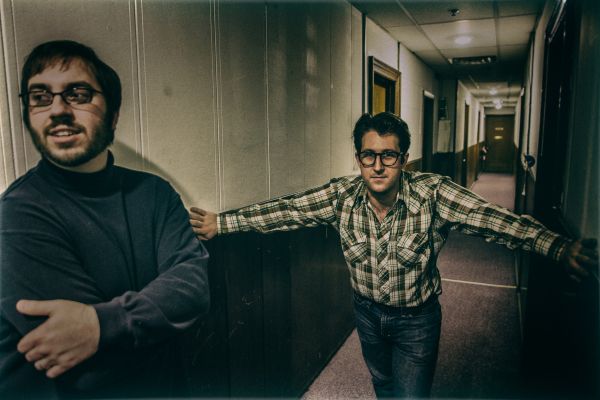 West Virginia's native sons Farnsworth delivers '60s layered melodies and '70s hook-heavy riffs with a sneer from the '90s. Equal parts The Black Keys and The Black Crowes, Farnsworth is homegrown rock at its finest.

Chris Vance (guitar, vocals) and Jason Reese (percussion have been hard at work on their upcoming album, Elk City, which drops on November 17th.  They recorded 80% of the LP at Musicol Record Studios in Columbus, Ohio with producer Zachary D. Gabbard and engineer Keith Hanlon.  After track the album, they did overdubs, mixing, and mastering with Mike Montgomery at Candyland Recording Studio in Dayton, Kentucky.

The band reveals, “We recorded all tracks live, in the same room with minimal separation unto 2'' tape over the course of 36 hours. It was a great experience to track in a studio that has seen regular use since the late ‘60s when it opened its doors.”

Rebel Noise is proud to premiere a choice cut off Elk City, the smoldering rock ‘n’ roll grinder “Free Me” that starts and ends with a gritty rhythmic strut and passionate cries and fires up in the middle as an incendiary, guitar-driven blues-rock instrumental.

True to its live recording ethos, the band explains, “The song “Free Me” was an interesting case of getting the right take. We did three takes (I believe) and kept the one with the most energy. The resulting track has the guitar solo recorded live with the band during tracking. Minimal overdubs.”