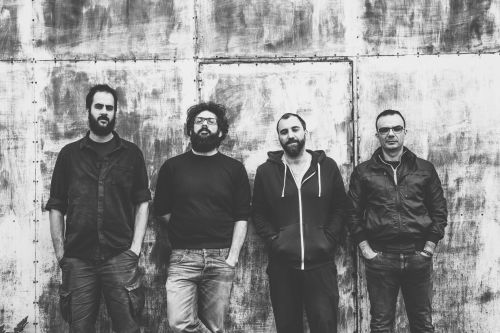 Larnaca, a city in the island country of Cyprus, is not a known musical hotspot like the metropolises of NYC, L.A., or London, but it is home to the exciting alternative rock band The smallest Creature.

The outfit just released their new album, Magic Beans, at the end of September and it’s full of fuzzed-up, psych-steeped rock numbers.

Magic Beans is The smallest Creature’s second album, following up their 2016 debut LP Million. Stefanos Marnerides (vocals, guitar) started the group when he was in NYC performing and recording music. He eventually returned to his roots of Larnaca and recruited his longtime friends to join the band.

Magic Beans was produced by Matheou of Hot Soap Studios and was created starting in February of this year and through the unsettling months of the pandemic.

The 11 tracks on the album move through reflective passages and into more stormy sections, conjuring up classic rock licks on “Glow,” sweeping away on indie rock yearning with “Break Me,” hitting the Brit-rock sweet spot with “Crawl,” flaming with alt-rock glory on “Let Burn,” and dwelling atmospheric depths on “Come Back.”

While slivers of influences can be heard (Oasis, Muse, Radiohead, among others) on certain part of specific tracks, overall The smallest Creature’s sound is their own – and it’s super!