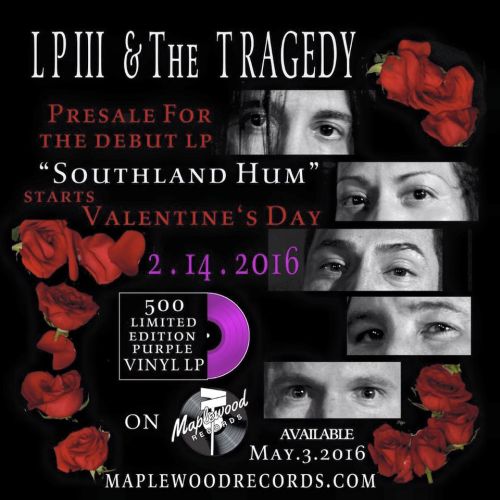 The SoCal 5-piece LP3 & The Tragedy announces the release of debut Americana/cow-punk/swamp-blues album May 3rd.

The band members filter their heritage and influences into a potent stew that includes punk, ska, swamp-blues, Pan-American roots, and more.  Check out a preview of the tunes on Southland Hum below:

The band will also be performing at upcoming shows in support of X, Los Lobos and The Blasters: