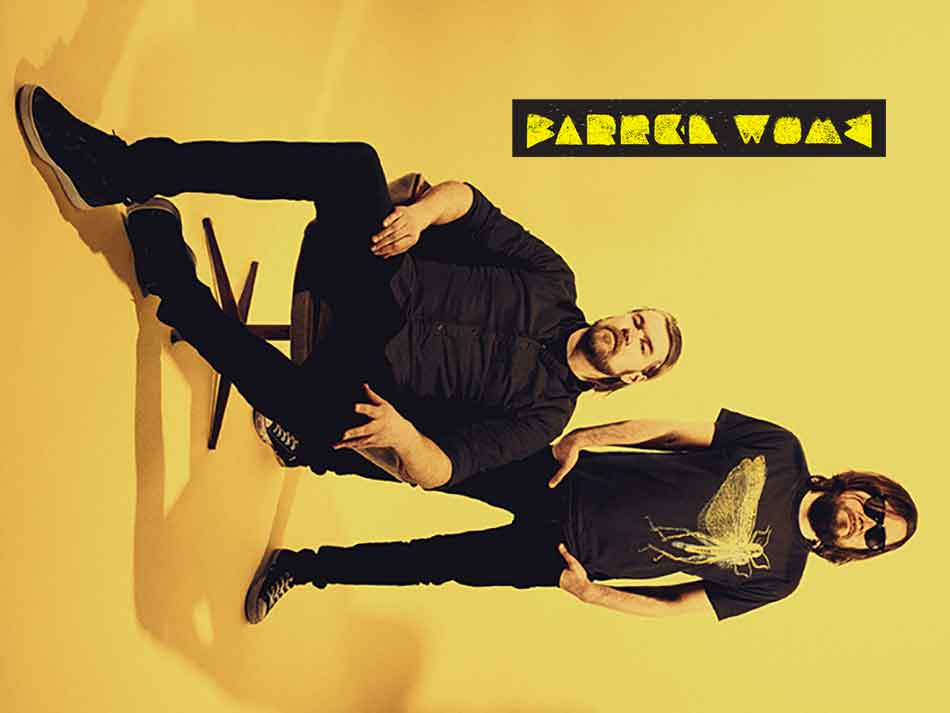 Our April band of the month is self proclaimed "Easy listening for the hard of hearing" and just happened to release one of my top 5 records of 2020, Lizard Lounge, which is still in heavy rotation in my headphones. The amazing duo Barren Womb are originally from Norway and Finland respectively and now proudly call Trondheim, Norway their base of operations. Timo Silvola on drums/vocals and Tony Gonzalez on guitar/vocals first met over beers at the legendary venue Blårock in the northern settlement of Tromsø, around 15-16 years ago. They started making music toghether shortly after in Tromsø, then moved to Trondheim where Timo and Tony co-founded the post hardcore band Like Rats From A Sinking Ship.

At the demise of that project they were inspired to continue on in duo mode and that was the beginning of Barren Womb. Outside of their joint stint in Like Rats From A Sinking Ship, Timo has played in bands such as Turdus Musicus and Adjágas, and Tony has played in The Hex. These two like to keep themselves busy and are currently also active in the bands Twin Serpent, Oma Desala, Dårli Te Beins and Mouldy Grubs.

We had the privilege to sit down (virtually) and ask the guys a few questions and I think their answers are as interesting as their music. Enjoy.

RN: What animal do you think would make the best president if the animal kingdom ever rises up and takes over?

BW: Ants, bees or any other kind of social insect would rule. The way society is currently structured certainly isn't working very well, at least from an equality standpoint, so maybe it's high time to get some of that hive mind action going.

RN: If you could steal credit for any great piece of art, song, film, book etc which one would you claim?

BW: The pyramids. There's nothing like them on this planet, and we still don't know how or exactly who built them. I've always been fascinated by ancient civilizations and their secrets. Not ruling out the possibility of alien interference or technology, but not buying a tinfoil stetson either.

RN: Everyone has a good app idea. What's yours?

BW: Something similar to Tinder, but instead of matching up dates/one night stands, it would match up fights. This would (hopefully) keep all the cromag, alpha male assholes busy beating the shit out of each other, leaving the rest of us peaceful folks free to enjoy ourselves.

RN: Describe a perfect day in the life besides playing music of course.

BW: A perfect day (besides playing live) would be mid summer, waking up to the blasting sun. Filling the thermos with coffee, packing some food and beers and going to the local beach to meet the neighborhood. This would stretch to a collaborative dinner plan by a bonfire and a resulting party with said neighbors.

I'm with Barren Womb on taking a queue from the socialized insect community. That would definitely make the world a better place and I hope they have a patent on that app idea because that is gold. For more information on Barren Womb see the links below.