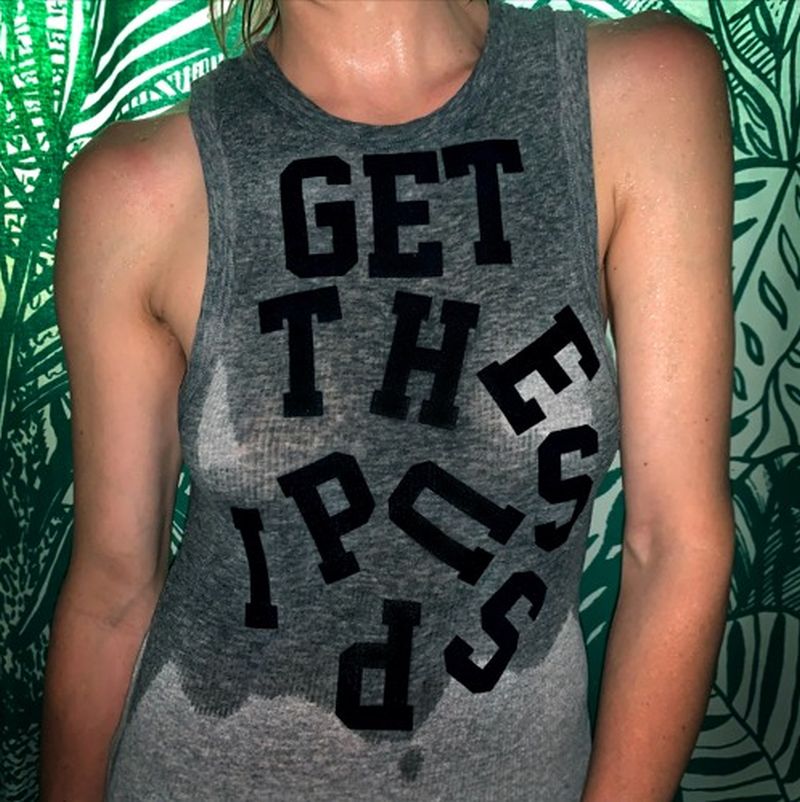 Broken Baby - "Get the Piss Up"

Los Angeles-located duo Broken Baby have announced their second album, Late Stage Optimism, by kicking things off with a vibrant music video for the ripping single “Get The Piss Up,” a sweetly fierce number oozing edgy attitude.

The musical union of Alex Dezen and Amber Bollinger have been releasing dance-infused punk-pop for a handful of years now.

On the new LP they double down on their bold signature sound, with Bollinger's supple and candy-coated vocals bending around an array of angular guitars, snaking bass lines, and blown-out drums.

The announcement comes on the heels of their split with like-minded punks Egg Drop Soup, who the band shared the stage with at their recent comeback show at LA’s El Cid.

“Get The Piss Up” may be gritty at its core, but a sheen of ‘poptimism’ shines through on the harmony-laden chorus sections.

The accompanying music video finds the band rocking out in garage of their house, playing about in other rooms, and also green-screened into a psychedelic club.

The single-with-video is a tantalizing preview of an album that's sure to inject a jolt of energy and fun into a world already craving action and enjoyment.

The 1984 Draft set to livestream performance this Saturday, July 24th