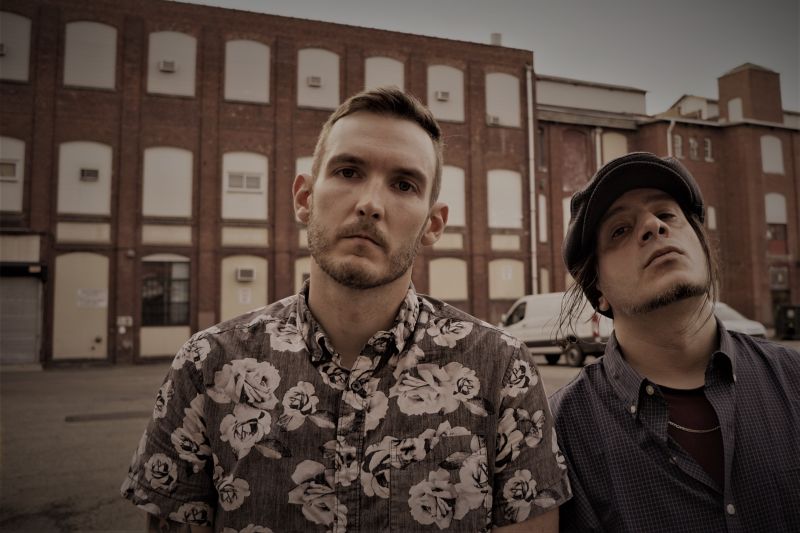 New Jersey-located musicians Ryan Struck and Joe Pugsley are both veterans of the NJ punk and rock music scenes.

Struck is most known as punk/rock act Scary Hours (in solo format and as a band) and is also in the garage rock outfit The 65’s.

Pugsley is the owner of Pyrrhic Victory Recordings, and is a member of The 65’s as well.

Struck and Pugsley have been working together for over a decade. Their musical connection and bond of friendship are strong, and has led them to collaborate once again, this time as the new punk-influenced melodic rock project Dread Eyes.

Dread Eyes will be releasing their self-titled debut EP on July 30th via Mint 400 Records and Pyrrhic Victory Recordings.

Ahead of the drop date Dread Eyes are releasing the gritty single “Disappear” and its accompanying music video.

Rebel Noise is stoked to host the premiere of the cinematic video today, which was shot by Daily Grime Media and edited by Neil Sabatino.

The number shoots sparks instrumentally and vocally with Pugsley exclaiming with longing about a troubled relationship.

The video for “Disappear” is both a storyteller and performance clip, with the camera focused on Pugsley emotively singing, and Struck appearing for background harmonies and on guitar.

There’s also footage of streaming traffic, a woman’s eyes looking into the rearview mirror, crowded city streets that eventually lead to other scenes of the city skyline and an open curve of the highway… perhaps symbolic of leaving the past behind and moving forward into a different, hopefully better future.

And yet there are also nostalgic visuals towards the video’s end that show the same woman at the shore and in ripe fields during a time when the relationship was stable.

Struck comments, “We wanted to break from the run-of-the-mill rock video format. Much like the music itself, we thought the visual aspect could benefit from a collaborative effort.”

“We filmed the video ourselves and sent the footage to Mint 400 (Neil Sabatino) to see what kind of images the music conjured for them (him). The final product is raw yet somehow refined, personal yet somehow cryptic.”