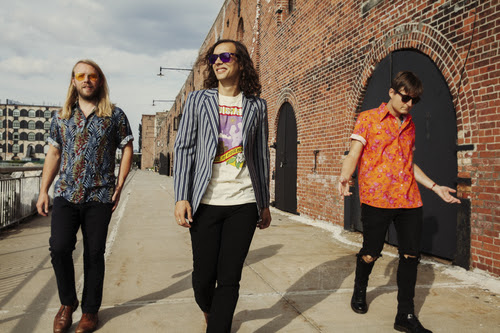 New York's CHAPPO have just announced that they will support The Flaming Lips and Mac DeMarco on 4 dates during their upcoming tour. The band will join the tour on September 17 in St. Paul, MN and will make stops in Milwaukee, Indianapolis, and Niagara Falls.

For ticketing and information visit www.chappomusic.com.

"Going on tour with the Flaming Lips and Mac DeMarco is a dream come true. Thank you universe," said Alex Chappo.

The band is currently at work on their follow up to 2015's critically-acclaimed album Future Former Self. Their new album was recorded at John Vanderslice's Tiny Telephone Studio in San Francisco, CA and will be released sometime next year.

Baeble called Future Former Self "A mixture of 70s glam rock, 60s psychedelia, and modern garage revivalism, CHAPPO have dropped one of the best straight-out rock records of the year" while AllMusic said the band have "a sound that's like if Michael Hutchence-era INXS and the Flaming Lips traveled back in time to the '70s and had a love child at an arena rock show, in space."