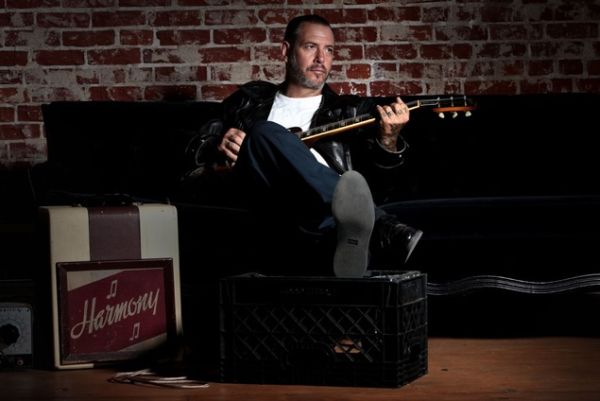 Under The Influences and Cheating At Solitaire from Social Distortion’s influential frontman Mike Ness are reissued on vinyl.

In early April Craft Recordings released vinyl reissues for Mike Ness’ solo albums Under The Influences and Cheating At Solitaire. Ness is the renowned frontman of Social Distortion, a band that has profoundly impacted the American punk rock movement and is one of the best-selling punk rock acts of all time.

Long before Ness had heard of bands like the Ramones, the Clash, and the Sex Pistols, he was raised listening to classic rock ‘n’ roll.  His solo material represents this wide-ranging rock influence where he integrated raw rock n’ roll, rockabilly, country, blues, and yes, punk into his energetic and passionate vision.

Cheating At Solitaire, the first solo release from Ness, was originally released in 1999 and has been long out of print on vinyl until this reissue. This 2-LP album incorporates the power and social relevance that has always marked Ness' music, while embracing many of the defining styles in American rock ‘n’ roll history. Among the guest contributors are Brian Setzer and Bruce Springsteen, and featured cover songs include Bob Dylan's "Don't Think Twice, It's Alright" and Hank Williams' "You Win Again." Bonus track "Company C" is exclusive to the vinyl reissue.

Listen to Cheating At Solitaire at Spotify:

Under The Influences, first released in 1999, features songs as diverse as the Sonny Curtis-penned "I Fought The Law" and the Carter Family's "Wildwood Flower," each with a unique Mike Ness spin. It also features a honky-tonk version of the Social Distortion classic, "Ball and Chain."  The LP is an influences-driven collection of country, rock, and bluegrass covers of songs Ness admires. He was especially inspired by the roots of American music, and his earliest influences were the pioneers of rock ‘n’ roll; musicians who were scandalous and rebellious in their day.

Ness reveals, "I have a great affection for roots music. Old blues, country, folk, rockabilly and primitive rock and roll in general. Without these roots, I wouldn't have perspective. I love the music and feel it is as relevant as '70s glitter and early punk. As a solo artist, I am able to cross the boundaries and integrate it all. I tried to bring these influences together and keep it honest."

Order Under The Influences here: http://smarturl.it/mikeness-uti-lp

Listen to Under The Influences at Spotify: