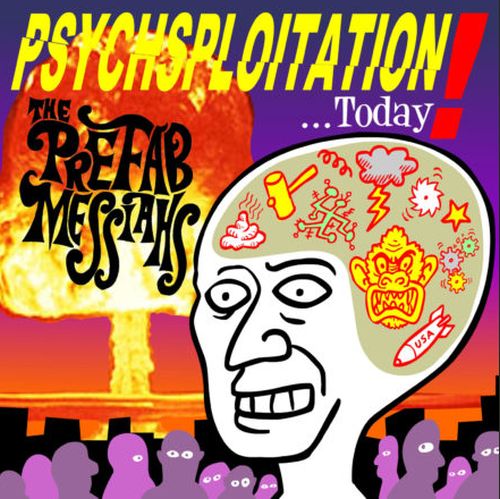 The act unveils a relevant to trippy video album for their recent 10-song LP.

The post-punk/garage/psych-rock act have unveiled 10 socially relevant to kaleidoscopically trippy videos that target Trump (“The Man Who Killed Reality”), sensationalist tabloids, smartphones, life, death, and having a good time.

Xerox Feinberg reveals that they’re, “…generally trying to…skewer some of the Big Shams behind all the Shiny Facades.” and that, “We’re still bemused and shocked and disgusted with The State of Things – and also in love with the noises in our heads and guitars.”

It’s a wild ride, so buckle up and drive along to the far-out sounds of Feinberg, Trip Thompson, Doc Michaud, and Mattyboy Horn.  And keep on truckin’!

Video Premiere: “No King” by One Possible Option