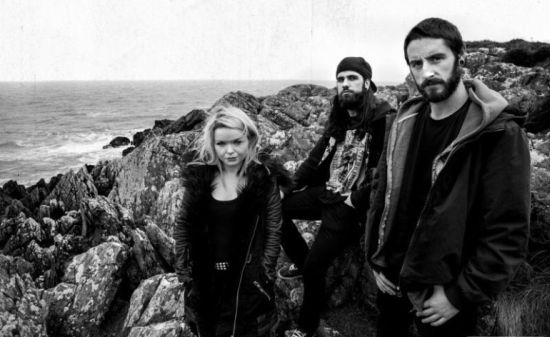 DEAD LABEL is renowned as a force to be reckoned with and is poised to take the world by storm with the release of its new album Throne of Bones in 2016 on Nuerra Records.

The band members (Dan O’Grady on vocals and bass, Danny Hall on guitar, and Claire Percival on drums) are pleased to announce their new partnership with PledgeMusic to support the pre-order of Throne of Bones.  Check out the details here.

Each pre-order comes with a free download of the band’s single, “Salvation in Sacrifice”. Check out the video for “Salvation In Sacrifice” below.  It's powerful and full of attacking impact, focusing on the band's live performance.  This three-minute slab of riffs and roars tells you everything you need to know about Throne Of Bones:


What sets the Throne of Bones pre-order apart from the rest is their limited edition signed, numbered album cover prints, graciously provided by cover artist Ken Adams. 50 high-quality prints of the album’s concept art are up for grabs for just $50 with your digital album pre-order! Other items include signed albums, t-shirts, a disposable camera full of unique band photos, a signed drumhead, and more.

Throne of Bones was recorded at East/West Studios in Hollywood, CA with head engineer Chris Rakestraw (Megadeth, Children of Bodom). With this album, established DEAD LABEL fans will enjoy the combination of progression into new musical territory while sticking fast to the super-heavy formula that gained the trio so much attention when they first broke out with Sense Of Slaughter.