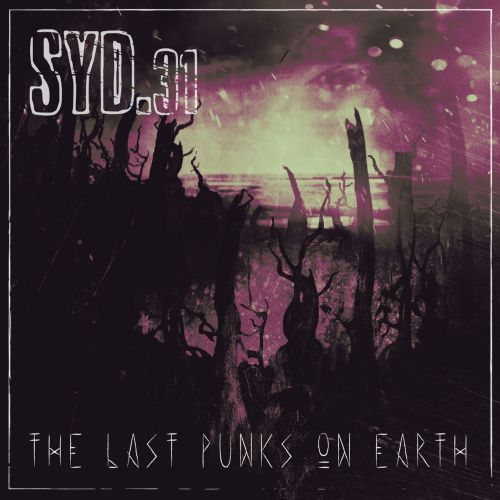 In just a few short years, Manchester, England-based electro-punk act Syd.31 has taken the world by storm, fusing together the punk, electronica, industrial, and pop genres into one forceful, and tuneful, whirlwind of sound.  But it’s not just about the music; it’s about the meaning of the hard-charging, usually politically-oriented lyrics that roar out of their mouths.

Two explosive EPs (Start A War and Drowning in Air) into its sonic and lyrical attack and Syd.31 is back with debut album The Last Punks on Earth.  The full-length arrives on March 17th and it’s even more raw and resonant than the band’s previous output.

The members of Syd.31 have taken hardcore punk, goth, industrial, drum & bass, and metal and launched a rage-fueled, rampaging sonic behemoth for the digital and post-industrial age.

Syd.31 delivers an impactful response to the current precipitous decline of humanity, the loss of safe refuges for the unfairly persecuted, and our increasingly fear- and hate-, and ignorance-driven culture.  What was once considered science fiction dystopia is now real and the fight is on to stand up for equal rights and quality of life.

Ten blisteringly cathartic tunes scorch The Last Punks on Earth, which was mixed and mastered by Oscillate Recordings in Manchester.  As a divided society teeters on the brink, Syd.31 brings the bleak landscape of chaos and panic into sharp view and resounds with the transmitted anger of the powerless and the defiant.

Take a listen to the Atari Teenage Riot-like "We Are the Freaks":

Pre-order The Last Punks on Earth now on Bandcamp

BENT ‘Swimming In Your House’ Video