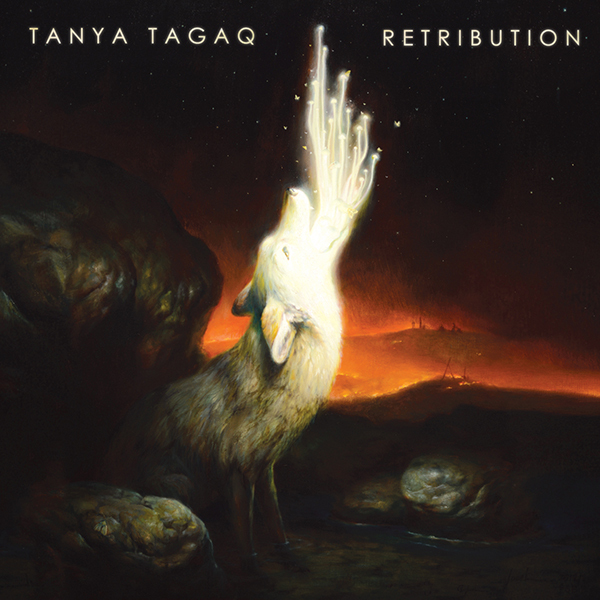 Tanya Tagaq, the Polaris Prize-winning experimental Inuk vocalist, released her latest album, Retribution, this past October. From the squalling fury of the album's title track and artistic centerpiece to the outer dimensional vortex of the song "Summoning," which features The Element Choir (a 50-person improvisational choir often seen on stage with Tagaq), Retribution conjures, contorts, and confronts.

The industrial rhythms of “Aorta” sit alongside the trip-hop chill of “Cold.” The calming grace of “Sivulivinivut” and the ominous beauty of “Nacreous” culminate in the horror of the significance of Tagaq’s exquisite cover of Nirvana’s “Rape Me,” a message about violence against women and Missing and Murdered Indigenous Women in Canada.

A new video for "Sulfur," a song named for the by-product of the processing of bitumen in the tar sands oil production, comments explicitly on the devastation wreaked on the planet - and specifically on Indigenous lands - by the oil industry.

"Sulfur" was premiered by the David Suzuki Foundation, a leading voice of environmental protection north of the border, as a response to the Canadian government’s recent pipeline expansion approvals.

2017 will bring high-profile shows in the USA, including a performance at Lincoln Center's American Songbook on March 9. Tanya Tagaq will also perform at Boston's Museum of Fine Arts and Philadelphia’s esteemed Kimmel Center.

- All information from Six Shooter Records

Political/Social/Economic Change Starts With You 2