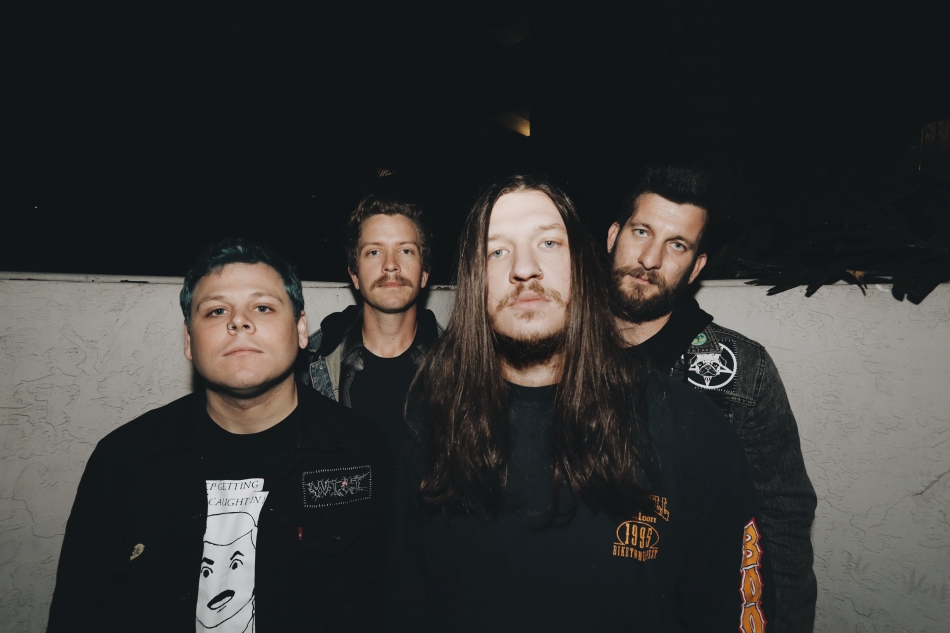 Taken from the band's self-titled debut, "Parasitic Freedom (Damage)" is a wake-up call that the American dream is dead. "It's about the idea of freedom and how it's used as a way to control people," frontman Evan Blaine says of the song. "They'll tell us we're free so we can argue with each other, all while they rake in record profits and gain more control."

PORCH COFFIN is currently finalizing dates for a summer US tour and will make their first festival appearance October 30 at The Fest 20 in Gainesville, Florida.

Porch Coffin was released March 3 digitally via the band and on limited-edition pink cassette by Juice of Mango.